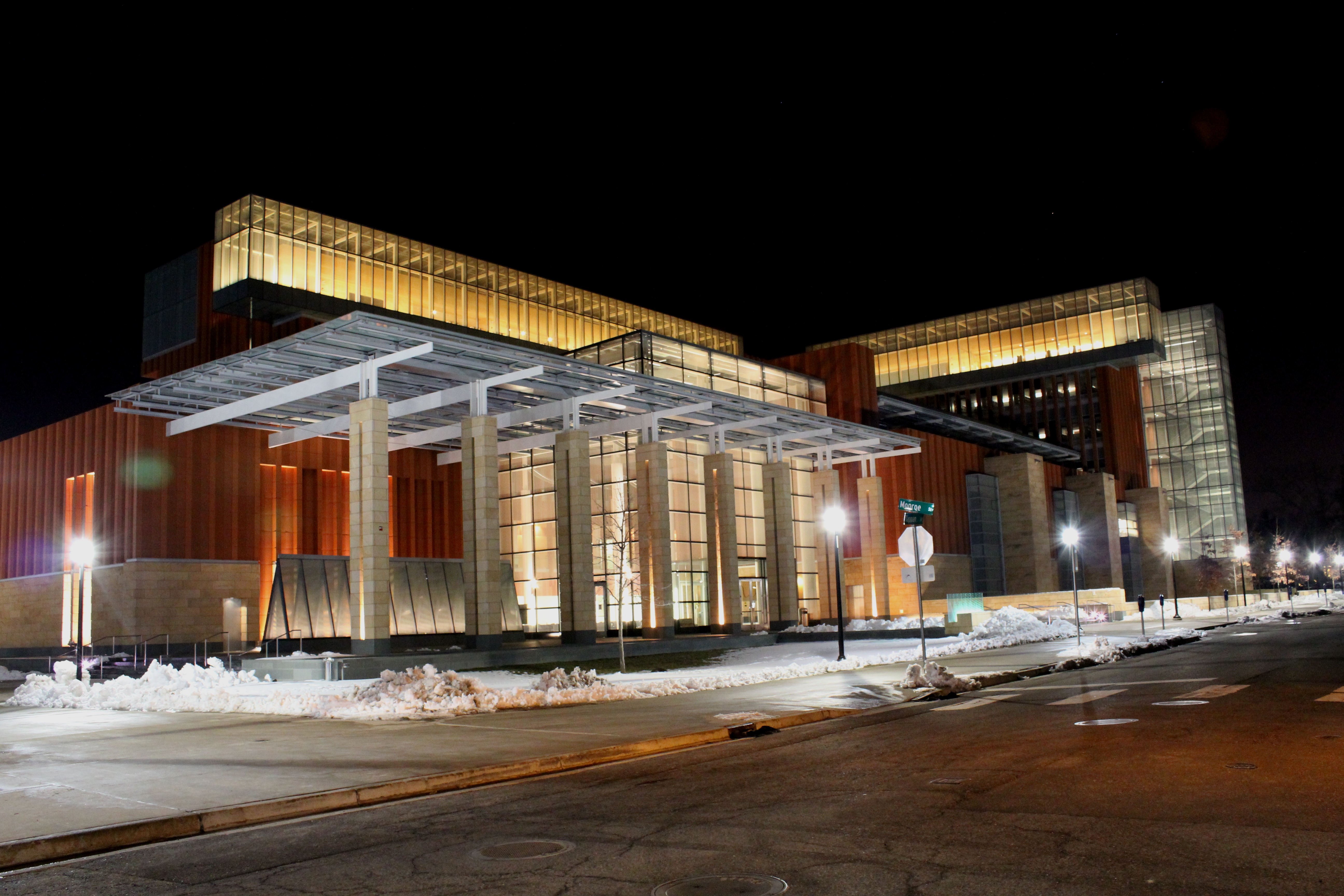 ANN ARBOR—As the Tozzi Electronic Business and Financial Center approaches its 20th anniversary, namesake donor John R. Tozzi, MBA ‘67, has promised an additional $1.5 million to support the center and its growth for years to come.

Since its establishment in 2002, the Tozzi Center has offered valuable resources for students and faculty and houses one of the largest academic trading floors in the U.S. The center is equipped with the most advanced financial research tools, including Bloomberg and FactSet, which enables users to observe and analyze real-time financial market data, research companies, and track industry news.

The Tozzi Center is used as a classroom for courses covering topics such as financial analysis, valuation, and portfolio management, while also providing a platform for action-based learning at Michigan Ross. To augment their coursework, students can test trading strategies in mock cases with trading simulation software. In addition, the center hosts meetings and events for student investment clubs and the Maize and Blue Fund, an investment fund managed by BBA and MBA students.

“While our educational tools are essential for students pursuing a career in financial services, the Tozzi Center is also a community for those who want to learn about business beyond a textbook,” said Kai Petainen, the center’s manager, whom John Tozzi’s most recent gift honors. “This is a gathering place where students and academics debate and discuss the latest developments related to markets, sectors, stocks, commodities, and the business world. Our technology is what drives this action-based learning environment.”

Tozzi made his original gift to set up the lab in 2002, when there were few such labs in universities across the country. Today, there are more than 200.

After initially supporting just one class and one $95,000 student-run fund, the center has notably grown in size and scope.

“From that one class and one fund, the Tozzi Center has grown to serve students from Michigan Ross and across the University of Michigan, with multiple classes and multiple clubs,” Petainen said. “Now, more than seven investment clubs regularly meet in the center, and the Maize and Blue Fund has grown to $600,000. And that’s not to mention all the venture capital and real estate funds that come through the center, all of which really shows its value to students.”

Most recently, Tozzi was the recipient of the David D. Alger Alumni Achievement Award, which recognizes an alumnus or alumna whose achievements in their professional field have brought distinction to themselves, credit to the school, and benefit to their fellow citizens, earlier this year. After receiving his MBA from Michigan Ross, Tozzi became a Rodney Fellow, and went on to chair the business school’s finance and investment associations, and currently serves as a Ross School Advisory Board member.

Among Tozzi’s most notable achievements are founding Cambridge Investments LLC, and founding and serving as president, CEO, and chief investment officer for Cambridge Investments Limited from 1982 to 2010. He also serves as the president of Pine Canyon Real Estate Development LLC, and is a senior board member at Snow King Mountain LLC. Most recently, he has been elected as a board member for both the American Hospital of Paris Foundation and Certis Oncology Solutions.

In addition to his professional achievements, Tozzi is a former economics and finance instructor at the New York Institute of Finance and a former pro-bono economics and finance instructor at the Branson School. Since founding Cambridge Investments LLC in 1981, Tozzi has also been a featured speaker at various investor conferences, and has been featured in many top media outlets such as CNBC, Forbes, Fortune, USA Today, and The Wall Street Journal.