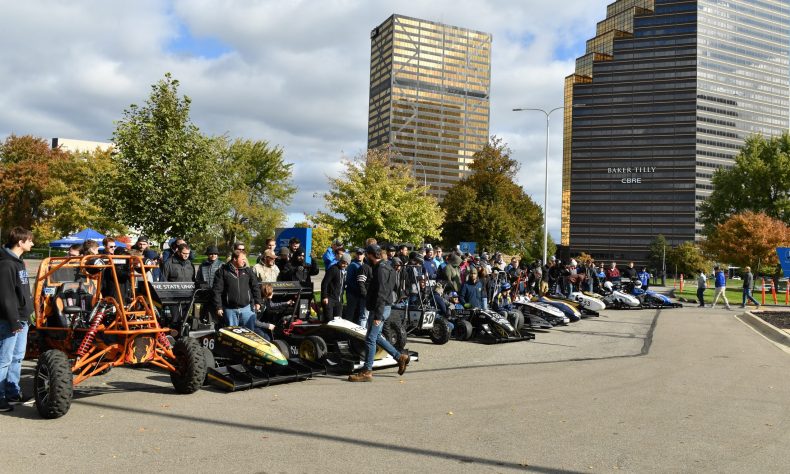 Hundreds of spectators and students lined the twisting track in front of LTU’s Science Building while time trial racing took place, from 11 a.m. to shortly after 5 p.m. Weather conditions were ideal, and the fastest cars completed the course in about 28 seconds.

Formula SAE cars are half-scale Indy-style open wheel racing cars that weigh between 400 and 500 pounds empty. Most are powered by motorcycle engines putting out between 60 and 90 hp.

Said Shauna Wollmershauser, captain of this year’s LTU Formula SAE team: “On behalf of the Lawrence Technological University Formula SAE team I would like to thank all of the students and staff who worked so diligently to make this event a success. We could not have done this without your help.” Wollmershauser is on track to graduate in May 2020 with a Bachelor of Science in mechanical engineering.