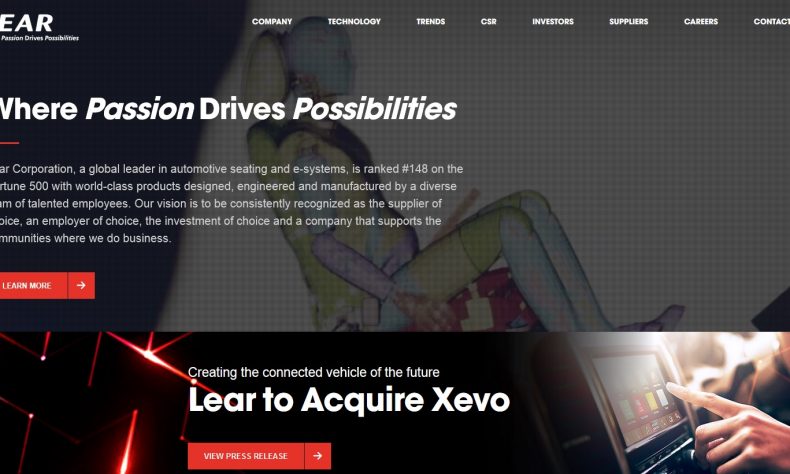 Revenue was $5.16 billion, down 10 percent from $5.73 billion a year earlier. Company officials said that excluding the effect of foreign exchange, sales were down 5 percent.

“In the first quarter, Lear faced challenging macroeconomic conditions marked by significant declines in industry production,” said Ray Scott, Lear president and CEO. “In addition, we experienced planned, yet significant, downtime, as our customers shut down their operations to change over to new models. However, because of Lear’s strong execution capabilities, industry-leading cost structure and relentless focus on operational excellence, we were able to deliver solid results. Our financial and operational strength have allowed us to continue to invest for the future.”

Company officials announced that Lear bought back 804,270 shares of its stock for $118 million during the quarter. Since starting stock buybacks in 2011, the company says it has repurchased 49 million shars of its stock for $4.3 billion.

The company said its 2019 full year outlook was unchanged, with sales of $20.9 billion to $21.7 billion and “adjusted” net income, which excludes restructuring costs and other one-time items, of $1.08 billion to $1.17 billion.