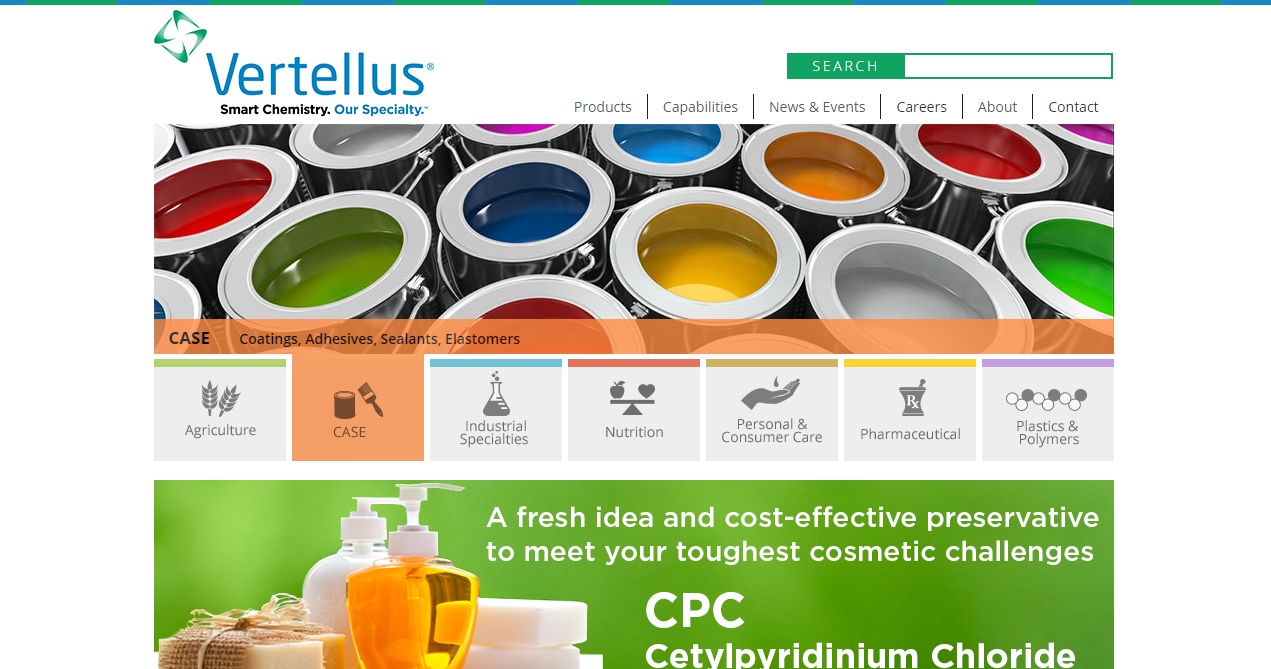 INDIANAPOLIS — Vertellus, an Indianapolis-based chemical manufacturer, said Friday it had doubled production capacity of alkanes at its plant in Zeeland.

Alkanes are saturated hydrocarbons that occur naturally in petroleum and natural gas, and include methane, propane, ethane, and butane.

The company said it expects alkanes to be one of several innovative chemistries supplying a phase change material (PCM) market anticipated to exceed $100 million by 2020.

Phase change materials are substances that absorb and release thermal energy during the process of melting and freezing. The global PCM market is seeing rapid growth due to demand for eco-friendly, energy-saving materials in construction, heating and cooling, electronics, textiles, and other industries.

“As an emerging market for PCMs, including alkanes and proprietary chemistries continues to grow, Vertellus’ product pipeline and plant locations are well positioned to cost-effectively meet the needs of customers around the globe,” Preziotti said.

“As we integrate new assets, we continue to identify opportunities for our existing facilities to meet demand for specialized chemistries, including alkanes,” Preziotti said.

North America’s competitive feedstock costs resulting from low natural gas prices are helping drive Vertellus’ alkane production efficiencies. The company said the Zeeland plant’s upgrades were begun in 2014. A chemical called octadecane is the company’s largest category of alkane production due to its ability to absorb and release heat close to the human body temperature.

Global Product Manager Ami El Agizy, said the company’s value proposition in the alkane market is based on providing the greatest amount of energy (latent heat) per gram delivered per cost of PCM material.

“The Zeeland facility’s expanded production capacity positions Vertellus to serve as a high-volume, low-cost supplier of alkanes to customers in several industries including bedding, textiles and construction,” El Agizy stated.

The Zeeland plant currently has 70 employees. The company said the plant has openings for a material handler. More at www.vertellus.com.

The 17-acre plant opened in 1935. After a series of mergers and name changes, it became Vertellus in 2006. It has been owned by the Chicago private equity firm Wind Point Partners since 2007.

The company also said its customers are expressing a growing appetite for materials that efficiently regulate heat. Alkanes behave in a manner similar to a rechargeable thermal battery; continuously absorbing and releasing heat over thousands of cycles. Manufacturers of foam mattresses, ski apparel and construction materials value alkanes for their ability to regulate thermal properties.

“The expansion and capital enhancements in Zeeland present an opportunity for us to collaborate with channel partners and explore novel applications and solutions for various downstream market segments,” El Agizy said.

Vertellus manufactures specialty chemicals used in pharmaceuticals, personal care, nutrition, agriculture, and a host of other market areas affected by trends favoring “green” technologies and chemistries. Vertellus is the No. 1 global producer of pyridine and picolines, specialty pyridine derivatives, DEET, castor oil derivatives and systems, and a world leader in vitamin B3, citrate polymer additives and systems as well as a leader in custom manufacturing of agriculture and pharma intermediates and actives.