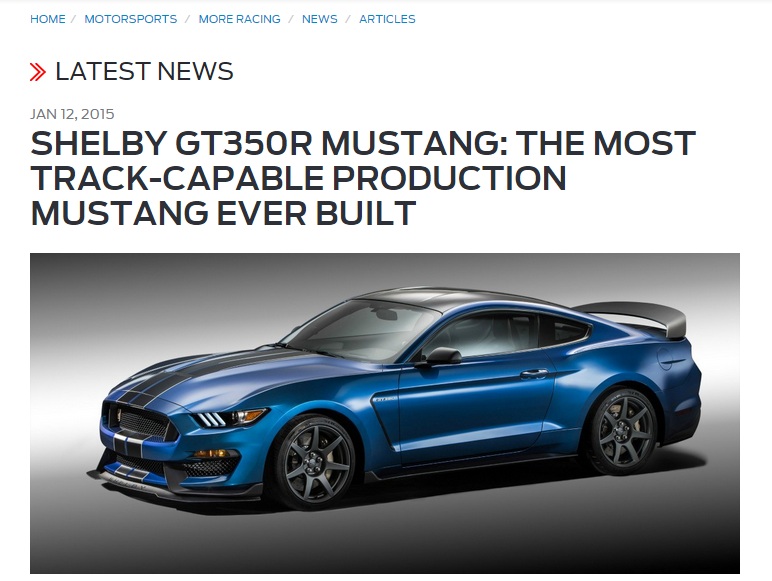 DEARBORN — Ford Motor Co. this week has announced a variety of initiatives to succeed in a future where people won’t want to own cars quite so much.

But as a reminder that cars will be fun forever, Ford also rolled out a new super street car.

The next steps in the “Ford Smart Mobility” include new strategic areas of focus, new pilot programs and new mobility product experiments. Ford introduced the plan in January, along with 25 experiments aimed at better understanding consumers’ mobility needs around the globe.

“My great-grandfather helped put the world on wheels so everyone could enjoy the benefits of mobility,” said Ford Executive Chairman Bill Ford. “Our vision today is to expand that same thinking using advanced technology and new business models, and addressing the mobility challenges people face around the world.”

Following six months of gathering data and consumer insights, Ford is honing in on two strategic areas – flexible use and ownership of vehicles, and multimodal urban travel.

“We now are moving from experimentation to implementation,” said Mark Fields, Ford president and CEO, speaking this week at the annual Further with Ford trends conference in Palo Alto, Calif. “We have learned a lot in the past six months, and now are ready to put insights into action. Our goal is to make people’s lives better by helping them more easily navigate through their day, address societal issues and, over time, change the way the world moves – just as Henry Ford did more than 100 years ago.”

Flexible use and ownership

Ford Motor Credit Company announced today Peer-2-Peer Car Sharing – a pilot program for 14,000 and 12,000 customers in six U.S. cities and London. They will be invited to rent their Ford Credit-financed vehicles to prescreened drivers for short-term use, offsetting monthly vehicle ownership costs. U.S. customers participate through the Web-based, mobile-friendly software of ride-share company Getaround, while London drivers connect through a similar rental system of easyCar Club.

New findings from Penn Schoen Berland, an independent research company, show:
* One third of millennials in the United States are interested in renting out their own belongings as a way to supplement their income
* Young Americans rank car rides second only to book lending as things they are most open to sharing
* More than half of Millennials report being open to sharing rides with others
* Half of Millennial and Generation Z consumers point to money savings as the top advantage to sharing goods and services. For 40 percent, it’s the opportunity to try new products, while for 33 percent, it’s having access to more options

The pilot is being offered to select Ford Credit customers in Berkeley, Oakland, and San Francisco, Calif.; Portland, Ore.; Chicago; and Washington, D.C. It runs through November.

In many cities, driving your vehicle from home to work is not feasible. Ford is looking for solutions here, too, and today is revealing a new electric bike and a prototype smartphone app that makes using the eBike even easier for urban commutes.

MoDe:Flex is Ford’s third, most versatile eBike yet – easily reconfigurable for different customer needs. The bike’s center frame assembly includes the motor and battery, while the front and rear assemblies and wheels can be configured for road, mountain or city riding. The bike folds and stores inside any Ford vehicle – where it can be charged while stowed.

Like the MoDe:Me and MoDe:Pro eBikes introduced in March, MoDe:Flex connects seamlessly with a rider’s smartphone thanks to the MoDe:Link app. The app harnesses real-time information regarding weather, congestion, parking costs, time, traffic and public transportation. It includes eyes-free navigation, route planning, and health and fitness information.

It also helps to identify the most efficient and cost-effective mode of transport for a journey.

A new extension of MoDe:Link for the smartwatch brings all of the real-time data and functionality to the eBike rider’s wrist. This includes the “no sweat” mode, which increases electric pedal assist based on heart rate – ensuring riders gets to their destinations without breaking a sweat. The wearable device also provides safety notifications. Hazards, such as potholes ahead, are signaled through vibrating handlebars, plus the smartwatch alerts the rider and beeps.

Ford also released the results of some of its more than 25 mobility experiments:

Dynamic Shuttle: The on-demand ride-sharing service in New York and London studied how Ford vehicles – in this case, a Transit van – should be modified to make it most accommodating to consumers. People told Ford they want transparent fares and travel times, enough personal space to feel comfortable, amenities such as Wi-Fi, space for small bags, and a less-than-five-minute walk to or from their pick-up and drop-off points.
InfoCycle: Ford said its experiment in how bicycles can be best used in urban environments showed that both consumers and cities can use data from bike sensors, bike sensor data can provide information about traffic patterns, pedestrians and road conditions that is difficult to obtain from vehicle sensors, and in the future, this data may be combined with vehicle data to analyze road quality, characterize micro-climates, or identify traffic patterns throughout the day.
Data-Driven Insurance: Creating driver profiles based on behavior behind the wheel, then sharing with insurance providers and rental car companies for more personalized, potentially discounted rates. Ford says it learned that people like receiving a score, as it allows them to track their progress and improve, but people don’t want to be told how to drive, and the system works better if drivers see benefits of improving driving habits and are rewarded for changing behavior.

Ford also announced the appointment of a director of autonomous vehicle development, 29-year Ford veteran Randy Visintainer – and creation of a global team to work on the advanced program. The company said the move means self-driving cars are moving from research curiosity to production status. As an advanced engineering program, the team now is working to make the required sensing and computing technology feasible for production and continuing testing and refinement of algorithms.

Ford also announced today that Pre-Collision Assist with Pedestrian Detection technology, already available on Ford Mondeo in Europe, will be available in the United States next year on a Ford-brand vehicle. This continues Ford’s plan to roll out the feature on most Ford products globally by 2019.

The MyFord Mobile application, already available for smartphones, will provide customers the ability to check the driving range and battery charge for their plug-in hybrid or electric vehicle quickly from their wrists before they leave on a trip, and to even find the location where they last parked.

Ford also announced new vehicle camera technology that can help see around corners even when drivers cannot, aiding in reducing driver stress and potentially averting accidents. The new available split-view camera feature helps drivers see traffic and obstacles that enter the vehicle’s path from the side by displaying a 180-degree view of the area in front of or behind a vehicle.

Split view uses real-time video feeds from 1-megapixel wide-angle lens cameras in the grille and tailgate. A tri-panel display in the 8-inch screen helps customers understand quickly whether an obstacle is coming from either side or straight on. Split view is activated at the touch of a button and automatically shuts off when vehicle speed reaches 6.2 mph (10 kph).

A tiny telescopic jet washer keeps the front camera clean on every vehicle with split view. Explorer also incorporates a washer for the rear camera.

Ford plans to make rear-view cameras standard on all of its North American light passenger vehicles by 2018 and front cameras available on a majority of its vehicles globally by volume by 2020 – meaning the company plans to put more than 2 million new cameras a year on the road.

Ford also announced results of a study showing that its customers in the Millennial and Generation Z cohorts — essentially, those born after 1980 — fear the dangerous actions of other motorists more than they fear death, public speaking, spiders, and snakes.

Penn Schoen Berland conducted the poll on behalf of Ford, surveying 1,000 Generation Z (ages 16-22) and Generation Y (ages 23-34) respondents in the United States. The online survey was conducted between April 29 and May 4, 2015; the margin of error is plus or minus 3.1 percent.

The Ford Shelby GT350R-C will compete in the IMSA Continental Tire SportsCar Challenge, a showdown of the most popular – and accessible – performance cars from around the world.

For full technical details of the production GT350R, visit this link.