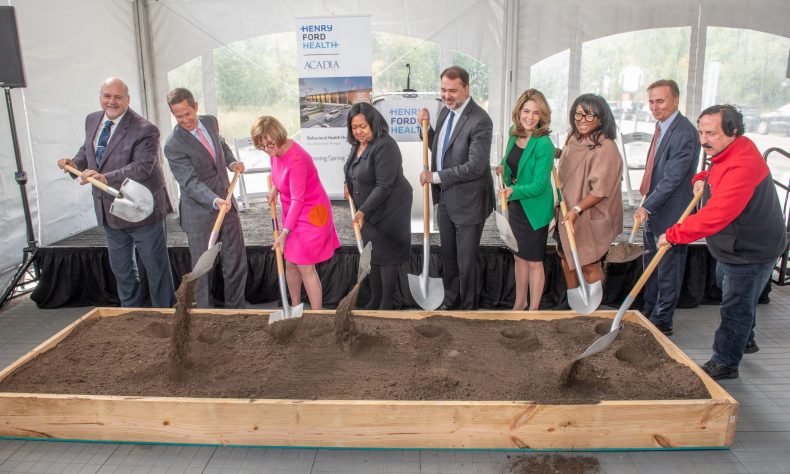 This new hospital will allow Henry Ford Health to deliver innovative care, increase resources and address the growing need for accessible, high-quality behavioral health services in Metro Detroit and beyond.

More than 50 percent of Americans will be diagnosed with a mental illness or disorder at some time in their lives, according to the Center for Disease Control and Prevention. About one in five adults in the U.S. live with mental illness, and the World Health Organization says the COVID-19 pandemic increased the prevalence of depression or anxiety worldwide by 25 percent. And last week, the U.S. Preventive Services Task Force announced a draft recommendation that all adults under the age of 65 should be screened for anxiety.

The new hospital will be a two-story facility, spanning approximately 120,000 square feet on Henry Ford Health’s West Bloomfield campus. While the hospital will initially provide 184 inpatient beds, it will have a 192-bed capacity and the ability to expand further to meet increasing need. Henry Ford Health will provide inpatient psychiatric services for adults, seniors, adolescents and children. The new facility will be known as “Henry Ford Behavioral Health Hospital.”

The hospital will also serve as a destination academic site, educating the next generation of behavioral healthcare providers including psychiatry residents, medical students and nurses.

As part of this development, Henry Ford will eventually consolidate inpatient services from two facilities: Henry Ford Kingswood Hospital and the inpatient psychiatric units at Henry Ford Macomb Hospital – Mt. Clemens. Those facilities are aging and no longer meet the high standard Henry Ford has set when providing a state-of-the-art healing facility.

Acadia Healthcare, which will operate the hospital, is partnering with Henry Ford Health to develop innovative care delivery models to better integrate physical and mental health services. In addition to providing the most up-to-date resources and environment for mental health healing, the hospital will also be built to achieve LEED certification for environmental sustainability.