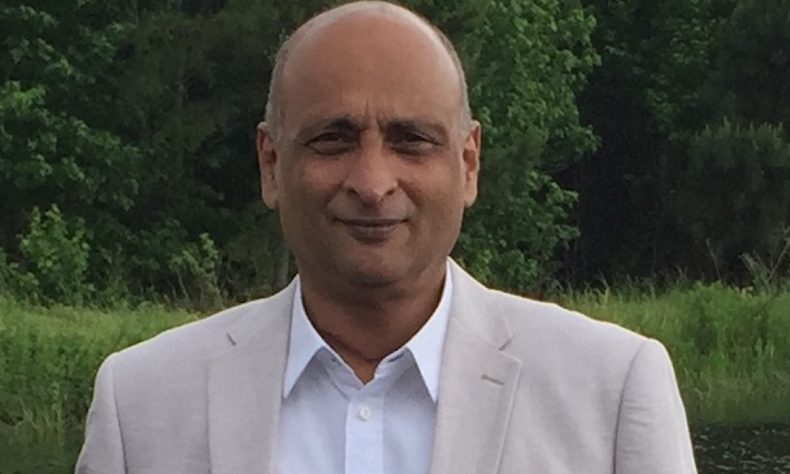 SOUTHFIELD—Srini Kambhampati has been named the new dean of the College of Arts and Sciences at Lawrence Technological University. He succeeds Hsiao-Ping Moore, who retired.

Kambhampati comes to LTU from The University of Texas at Tyler, where he was associate provost for research. Earlier, from 2011 to 2017, he was S.A. Lindsey Professor and Chair of the Department of Biology.

Kambhampati started his career at Kansas State University in 1992, where he was an assistant professor of entomology. He was promoted to associate professor of insect genetics and evolution in 1998 and to full professor in 2002.

In addition, Khambhampati was a by-fellow in the Laboratory of Development and Evolution at the University of Cambridge in the United Kingdom in 1999, and an assistant faculty fellow and postdoctoral research associate at the University of Notre Dame from 1987 to 1992.

He has authored or co-authored more than 70 scholarly papers and has been involved in grant applications resulting in more than $5 million in research funding for the institutions where he taught. He described his research-based approach to education this way: “I believe in the thrill of self-discovery rather than information.”

Kambhampati received his bachelor of science in agriculture from Andhra Pradesh Agricultural University in Hyderabad, India, and his master’s degree in pest management in the Department of Biological Sciences and his doctor of philosophy in biological sciences from Simon Fraser University in Burnaby, British Columbia, Canada.