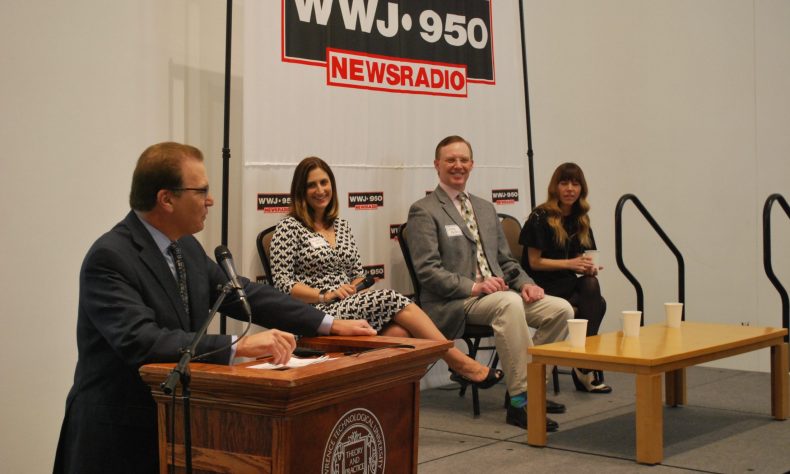 SOUTHFIELD — Many people don’t like the effort of networking, yet it’s vital to business success.

Thursday morning, a panel of experts offered sound and practical advice to turn even the shyest wallflower into an expert network builder, as Lawrence Technological University hosted the final “Leaders & Innovators” event for the 2017-18 academic year.

Nichol said problems with networking can be broken down into three categories — attitude, technique, and behavior.

Attitude involves personal beliefs that get in the way of networking success, and each has a solution. If you don’t know what to say, formulate a strong opening statement about your business and its goals. If you don’t know where to network, figure out who you ideal client is and where they meet. If you’re intimidated by higher-level people, recall that they’re people just like you. If you don’t have time, make time. If you think it’s a waste of your time, realize that it’s only a waste of time because you’re doing it wrong.

As for technique, Nichol also offered the following do’s and don’ts for networking.

Among the do’s:
* Formulate that strong opening statement
* Obtain a list of attendees at an event beforehand, if possible, and spend time figuring out who you really want to meet
* Go with a clear goal for each event
* Send personalized follow-ups to each person you meet

Among the don’ts:
* Don’t eat and drink, at least not until you’re done networking. Talking about your business goals with a mouthful of scone to someone you’ve just met is not a good look.
* Don’t give your card to everyone at the event – that really is a waste of time.
* Don’t talk too much. You’re there to let other people talk, ideally 70 to 80 percent of the time. Remember that you learn by listening.
* Don’t spend too much time with one person.

As for behavior, Nicol said, people should set networking goals for new contacts each day or week and track their performance against that goal.

Peters also advised that those attending an event should act like a host, not a guest. And all panelists advised attendees to remember to make introductions among people they know could benefit each other in business, not just collect contacts for themselves.