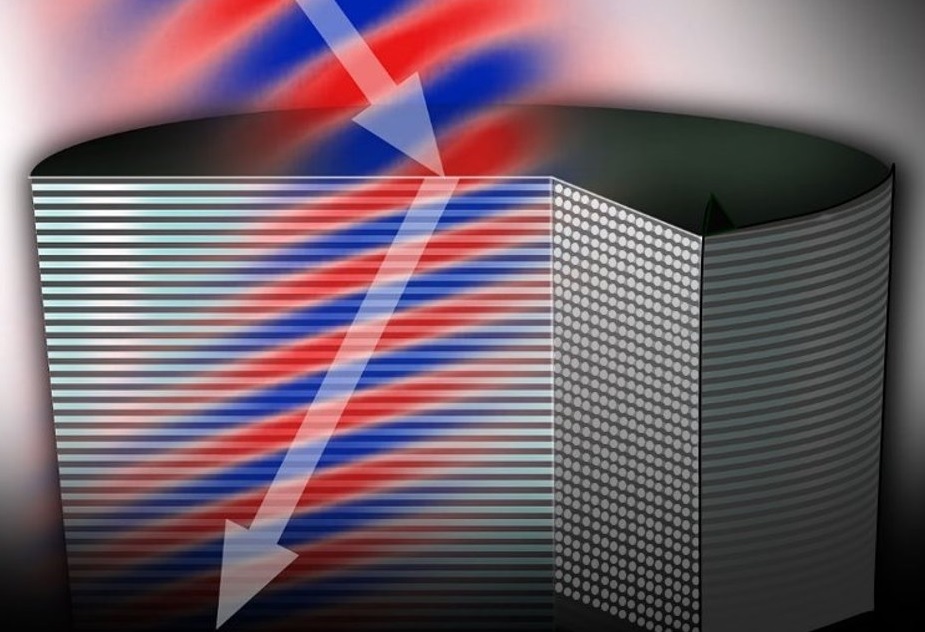 HOUGHTON — Metamaterials offer the very real possibility that our most far-fetched fancies could one day become real as rocks. From invisibility cloaks and perfect lenses to immensely powerful batteries, their super-power applications tantalize the imagination. That said, so far “tantalize” has been the operative word, even though scientists have been studying metamaterials for more than 15 years.

“Not many real metamaterial devices have been developed,” said Elena Semouchkina, associate professor of electrical engineering at Michigan Technological University. Soldiers can’t throw invisibility cloaks over their shoulders to elude sniper fire, and no perfect lens app lets you see viruses with your smartphone. In part, that’s because traditionally, researchers overly simplify how metamaterials actually work. Semouchkina says their complications often have been ignored.

So she and her team set about investigating those complications and discovered that the magic of metamaterials is driven by more than just one mechanism of physics. A paper describing their research was recently published online by the Journal of Physics D: Applied Physics (DOI:10.1088/1361-6463/aa89d3).

Metamaterials may seem complex and futuristic, but the opposite is closer to the truth, says Semouchkina. Metamaterials (“meta” is the Greek word for “after” or “beyond”) are engineered materials that have properties not found in nature. They are typically built of multiple identical elements fashioned from conventional materials, such as metals or nonconductive materials. Think of a Rubik’s cube made of millions of units smaller than the thickness of a human hair.

These designer materials work by bending the paths of electromagnetic radiation — from radio waves to visible light to high-energy gamma rays — in new and different ways. How metamaterials bend those paths — a process called refraction — drives their peculiar applications. For example, a metamaterial invisibility cloak would bend the paths of light waves around a cloaked object, accelerating them on their way, and reunite them on the other side. Thus, an onlooker could see what was behind the object, while the object itself would be invisible. The illustration above, by MTU PhD student Navid Ganji, provides an example of how this effect works.

The conventional approach among metamaterials researchers has been to relate a metamaterial’s refractive properties to resonance. Each tiny building block of the metamaterial vibrates like a tuning fork as the electromagnetic radiation passes through, causing the desired type of refraction.

But not that simple…

Semouchkina wondered if there might be additional factors involved in bending the paths of the waves.

“Metamaterials seem simple, but their physics is more complicated,” she said, explaining that she and her team focused on dielectric metamaterials, which are built of elements that don’t conduct electricity.

The team ran numerous computer simulations and made a surprising discovery: it was the shape and repetitive organization of the building blocks within the metamaterial — their periodicity — that affected the refraction. Resonance seemed to have little or nothing to do with it.

“We found that the properties that go along with being a photonic crystal can mask the resonance of metamaterials, to the point they can cause unusual refraction — including negative refraction, which is necessary for the development of a perfect lens,” Semouchkina said.

So what does this mean for the scientists and engineers designing tomorrow’s super materials?

“Basically, we need to recognize that some of these structures can exhibit properties of photonic crystals, and we need to take their physics into account,” Semouchkina said “It’s an evolving field, and it’s a lot more complicated than we’ve given it credit for.”

Semouchkina’s team is working on developing invisibility cloaks using photonic crystals, but she stresses that metamaterials research can have other real-world applications. One of her projects focuses on using metamaterial concepts to improve the sensitivity of magnetic resonance imaging (MRI), which could lead to better medical diagnostics and advances in biological research.

“This is a very practical outcome, compared to the Harry Potter stuff,” she said.

Understanding the underlying physics of metamaterials will speed up the development of such devices.

The new paper was authored by Semouchkina, Gandji, and Research Professor George Semouchkin, all of Michigan Tech’s Department of Electrical and Computer Engineering.