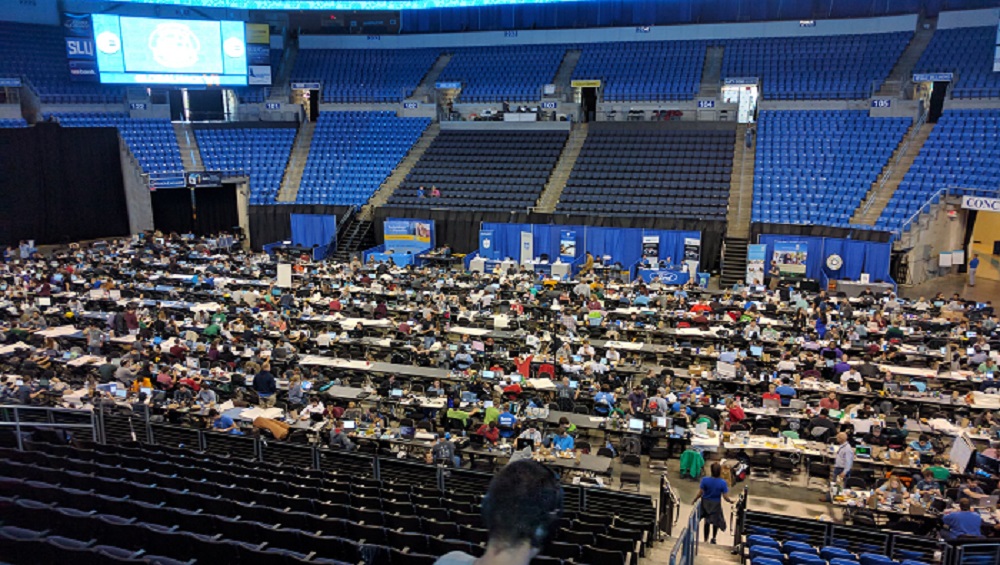 In GlobalHack, teams compete to develop software from the ground up over the course of one weekend. This year’s competition drew more than 1,000 participants, developing software around the theme of preventing or ending homelessness.

LTU’s team tackled the problem of homeless shelter intake management, since there’s currently no system in place for organizing the distribution of homeless shelter resources in large cities. Additionally, there is no way for homeless individuals to know which shelter will best meet their needs without extensive planning or last-minute visits.

The project made it to the finals round of the competition, along with about 20 percent of participating teams.

The project’s back-end system was written in Java and JavaServer Pages and hosted on an Apache Tomcat Server. The team used Oracle’s MySQL database system to store data regarding clients and shelters. The front-end interface was designed using HTML5, CSS, and JavaScript.

The team received the project Friday night, and the completed project was developed by Saturday night. Team faculty advisor C.J. Chung said the team worked on the system for 17 hours, averaging one line of code per team member per minute.

Chung said the team plans on publishing the source code for the application with a free, open source license so that anyone can use it. The project submission is publicly available at https://devpost.com/software/globalhack.

Team members said they wanted to thank Hsiao-Ping Moore, dean of the LTU College of Arts and Sciences, Shannon Timmons, assistant professor of chemistry, director of LTU’s Quest experiential learning program; Marilyn Wiseman, administrative assistant in the Department of Mathematics and Computer Science; Tracy Kash, administrative assistant to Dean Moore; Patrick Nelson, chair of the Department of Mathematics and Computer Science, and Chung, for all their assistance to the team members’ efforts.

A YouTube video chronicling the team’s efforts can be viewed at https://youtu.be/OKJ0_3w1shs.