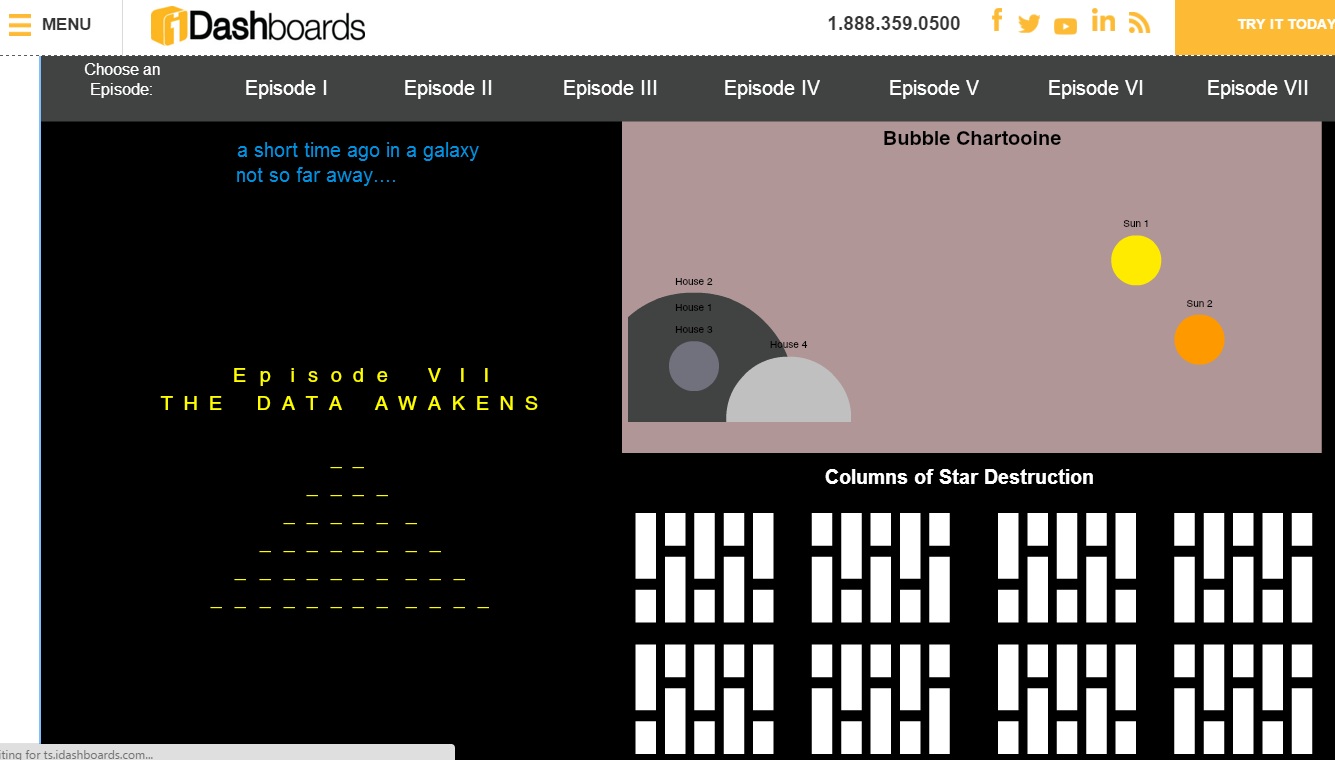 Well, maybe that sounds better if you hold an empty coffee cup up to your mouth and say it in your best James Earl Jones impression.

At any rate, Troy-based iDashboards, the data visualization and business intelligence developer, Thursday launched a new data dashboard inspired by the upcoming release of “Star Wars: The Force Awakens.”

The Data Wars dashboard uses iDashboards’ custom software and its extensive library of charts and graphs to create visually stunning depictions of key characters from the space opera series. The Star Wars-inspired dashboard also offers fans a breakdown of movie release dates by decade, as well as the tentative release dates of upcoming features.

“Having so many Star Wars fans throughout our offices, coupled with our love for data visualization, the upcoming release of the space saga was the perfect opportunity to create a dashboard with visuals that are out of this world,” iDashboards founder Shadan Malik said. “Dashboards continue to serve as a must-have tool helping executives make better business decisions, and a huge part of that is the visually appealing nature of the dashboard technology.”

iDashboards regularly releases specialty dashboards around major events throughout the year to help people embrace dashboards for all types of data. In 2015, the company created a college basketball dashboard to track the madness in March, as well as a recycling dashboard for Earth Day, and a Breast Cancer Awareness dashboard for October in support of American Cancer Society’s annual campaign to increase awareness of the disease.

The Data Wars dashboard can be viewed at live.idashboards.com/datawars. iDashboards encourages fans to awaken the data and share the dashboard with other Star Wars fans and data enthusiasts.