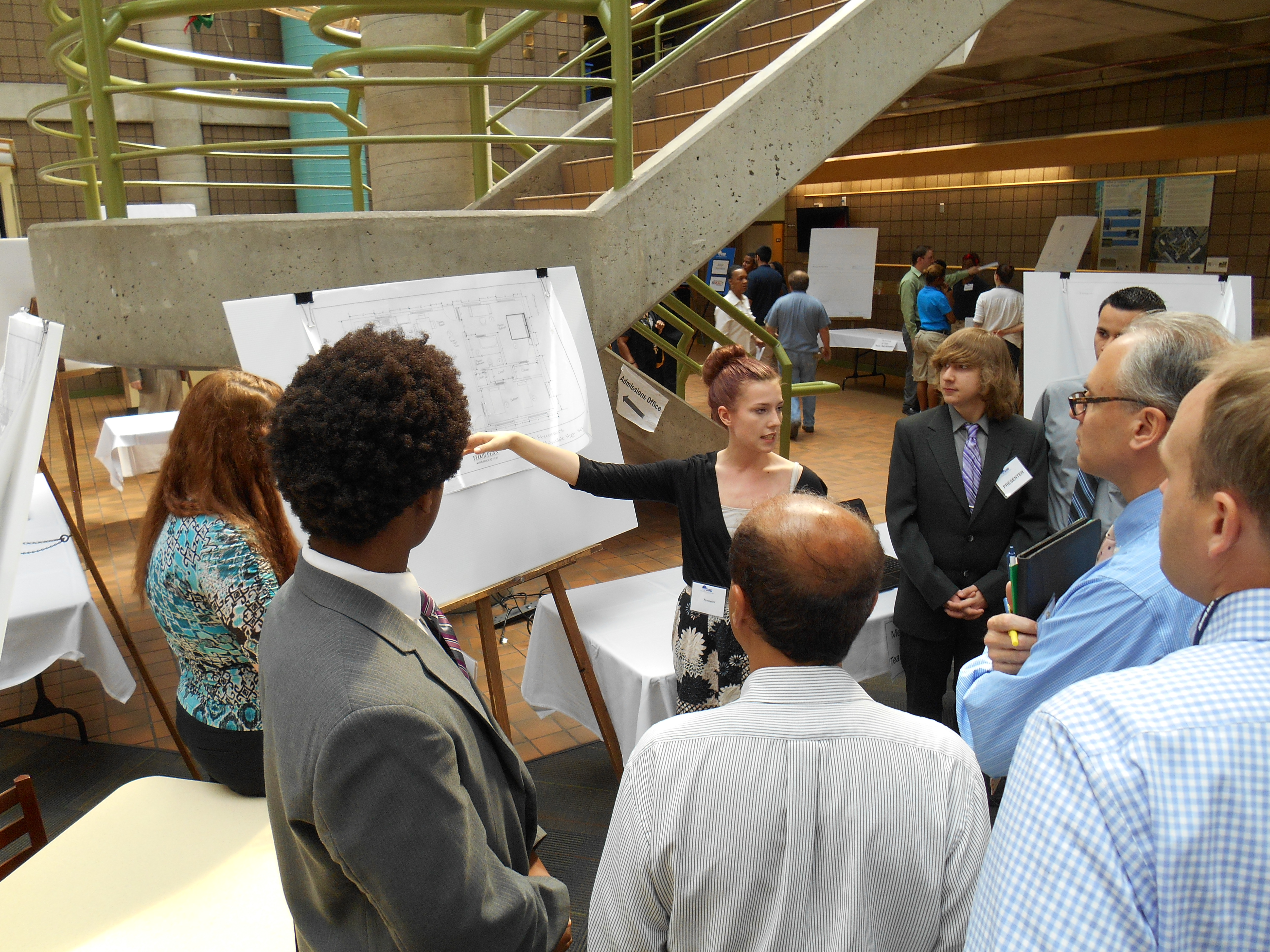 SOUTHFIELD – Two teams from Melvindale High School and another from Hamtramck High School took the top three places in the third annual Engineering SMArT Michigan Competition, sponsored by The Engineering Society of Detroit and held Tuesday at Lawrence Technological University in Southfield.

The three teams were selected finalists from presentations made Tuesday morning and evaluated by a panel of volunteer engineer and scientist judges recruited by ESD. Twelve teams from four high schools participated.

Launched in 2012 in partnership with United Way, Engineering SMArT Michigan gives high school students the opportunity to apply science, engineering and technology to real life situations, and find out first-hand how these core subjects can have a direct impact on people’s lives. The name is an acronym for Science, Mathematics, Architecture and Technology.

Dozens of volunteer engineer mentors helped students understand energy concepts that include environmental challenges, the electrical grid, alternative energies and energy efficient building materials, as well as how to do architectural drawings to scale. Students also got to take several field trips, including one to the Smart House at DTE Energy Headquarters.

The competition, the first of its kind in Michigan, expands on ESD’s successful tradition of supporting youth education in engineering. The ultimate goal is to expand the competition to all high schools in Michigan.

The event seeks to help solve a serious problem in Michigan and across the country – a critical shortage of engineers and related technical professionals. Experts predict that 80 percent of the jobs that will be created over the next 10 years will require some form of post-secondary STEM education. And urban areas supply far fewer students to engineering schools than other geographic areas, mostly due to lack of exposure to career opportunities.