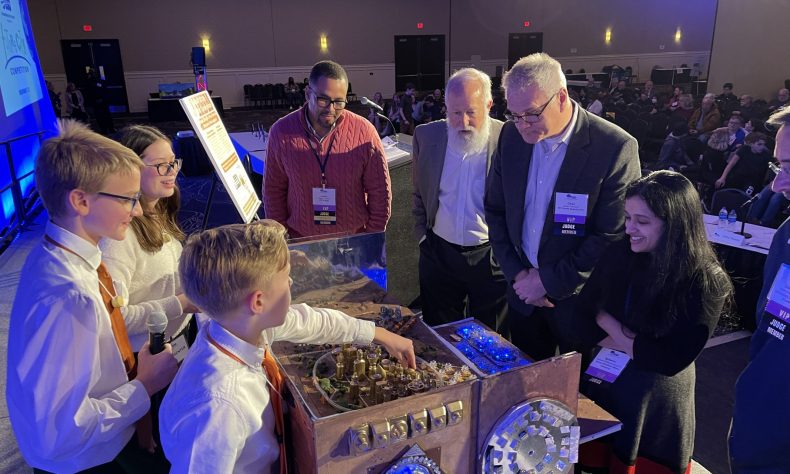 SOUTHFIELD–For the sixth straight year and the 16th time in the past 21 years, a team from St. John Lutheran School in Rochester won the Michigan Regional Future City competition.

Seventeen teams from eight schools competed Monday in the Michigan Regional, organized by the Engineering Society of Detroit with the DTE Energy Foundation as presenting sponsor. It was the first time the event was held in person since January 2020.

Future City is a project-based learning program where students in 6th, 7th, and 8th grades imagine, research, design, and build cities set at least 100 years in the future. The competition’s theme changes every year to keep the competition fresh. This year’s theme saw students design cities to mitigate the effects of climate change, from rising sea levels to changes in temperature and precipitation patterns.

The program’s requirements see teams develop a project plan, write an essay about their city, build a physical model of their city built with recycled materials, develop a seven-minute presentation on their city, and respond to judges’ questions after the presentation.

* Most Team Spirig, sponsored by ESD, Team Euphoria, Light of the World Academy

Future City is an international competition sponsored by DiscoverE, the organization behind National Engineers Week. More about the Michigan Regional at https://www.esd.org/programs/futurecity/. More about the event overall at www.futurecity.org.