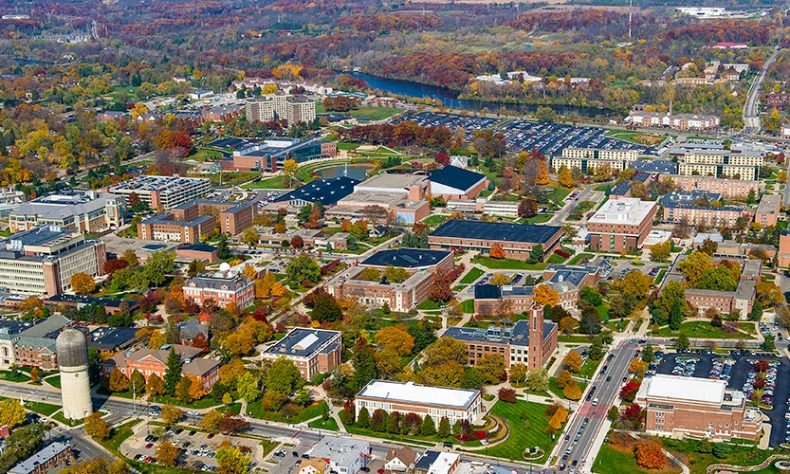 YPSILANTI—The National Science Foundation has awarded a $271,381 research grant to Eastern Michigan University and partner Rouge Space Systems for their project on a new type of electronic propulsion thruster.

“This work will provide scientific knowledge and furtherance of the space applications for nuclear fuel recycling, power generation, and related space technologies,” Aguirre said. “In addition to the propulsion system, the proposed electrical power will also be able to power basic satellite functions and serve as a redundant system to solar power, which is traditionally used on spacecraft.”

The proposed work for the year-long grant is to make a small hall effect thruster. Jaiswal said this type of thruster depends on a metal propellant rather than a gas or chemical propellant.

“Our lab has a vacuum chamber that we can use when we test the thruster,” Jaiswal said. “This research provides EMU students with real-world lab experience and helps them explore different research fields.”

Jaiswal has two students working with her in the plasma lab with hopes of another student joining their team next semester. In addition to gaining hands-on experience, the students are also paid for their time. The students also recently presented their research at the 64th Annual American Physical Society, Division of Plasma Physics Conference in Washington.

Founded in 1849, Eastern is the second oldest public university in Michigan. It currently serves more than 14,000 students pursuing more than 300 undergraduate, graduate, specialist, doctoral and certificate programs in the Colleges of Arts and Sciences; Business; Education; Engineering and Technology; Health and Human Services; and its graduate school. More at www.emich.edu.