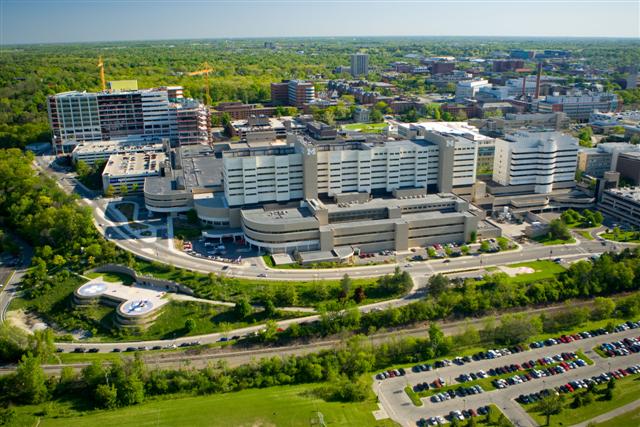 Once clinical research has concluded, Blu Biotech will seek FDA approval for the use of the discovered biomarkers in their proprietary Micro GC device, which was recently licensed by U-M to Blu Biotech.

Sepsis is a syndromic life-threatening response to infection and is frequently a final common pathway to death from many infectious diseases worldwide. According to the World Health Organization, the global burden of sepsis is difficult to ascertain, although a recent scientific publication estimated that there were 48.9 million cases and 11 million sepsis-related deaths worldwide each year, which accounted for almost 20% of all global deaths. A 2017 study published in England indicated that almost half of all global sepsis cases occurred among children, with an estimated 20 million cases and 2.9 million global deaths in children under five years of age.

According to the United States Centers for Disease Control and Prevention, at least 1.6 million adults in America develop sepsis a year. At least 350,000 adults who develop sepsis die during their hospitalization or are discharged to hospice. In fact, one in three patients who die in the hospital die of sepsis. Sepsis treatment is also very expensive, as it often involves a prolonged stay in the intensive care unit and complex therapies with high costs. The Agency for Healthcare Research and Quality lists sepsis as the most expensive condition treated in U.S. hospitals, costing nearly $24 billion annually.

ARDS is a life-threatening condition in which the lungs sustain a serious injury that causes inflammation and fluid to build up, diminishing the lungs’ ability to provide the body’s organs with oxygen. According to Yale Medicine, in the U.S., about 190,000 Americans are diagnosed with ARDS each year. Most require mechanical ventilation to help them breathe. Even with treatment, about 25% to 40% of people with ARDS do not survive. Common to both survivors of sepsis and ARDS are prolonged recoveries, physician and mental disabilities, and high readmission rates.

“There is currently no good way to detect Sepsis and ARDS in a timely fashion or to provide health care providers the ability to rapidly know if treatments are having their intended effects,” Blu Biotech CEO Robert Tavzel said. “If we had an early detection capability that could be employed rapidly with the ability of knowing how patients are reacting to therapies in real-time, countless lives could be saved”

Added Kevin Ward, professor of emergency medicine at U-M and executive director of the Weil Institute: “Both sepsis and ARDS are complex inflammatory syndromes which means the diagnosis is based on a set of medical signs and symptoms. Despite the devastating toll these two syndromes take, the field of medicine has yet to develop a set of definitive bedside diagnostic markers capable rapid and accurate diagnosis. Unlike trauma where we know when the injury started, patients with sepsis and ARDS present at various stages and severity of their disease which makes diagnosis and the ability to follow their response to treatment even more difficult. The Weil Institute is developing breath biomarkers for the bedside diagnosis of sepsis and ARDS with the added advantage of being able to continuously monitor these markers to determine the severity of the disease as well as how patients are responding to treatment. This will also greatly assist in the future development of new therapies for sepsis and ARDS. Our partnership with Blu Biotech holds the promises to significantly accelerate this work.”

Blu Biotech is a clinical stage biotechnology company that uses bioengineering, biostatistics, analytical chemistry, machine learning and clinical trial research to discover and develop breath biomarkers, and to translate the biomarker information into a diagnostic testing platform that improves patient outcomes. Blu Biotech has developed a device about the size of a shoebox that will be used by physicians at the point of care. The device is fully automated and does not require special training or staff certification; it just needs a breath sample and a power outlet. The test takes minutes, the results are generated immediately so the patient will have the information before they leave the physician’s office. More at www.blubiotech.com.

U-M’s Weil Institute, formerly the Michigan Center for Integrative Research in Critical Care, is dedicated to pushing the leading edge of research to develop new technologies and novel therapies for the most critically ill and injured patients. Through a unique formula of innovation, integration and entrepreneurship that was first imagined by Weil, their multi-disciplinary teams of health providers, scientists, engineers, commercialization coaches, donors, and industry partners are taking a boundless approach to re-imagining every aspect of critical care medicine. More at weilinstitute.med.umich.edu.