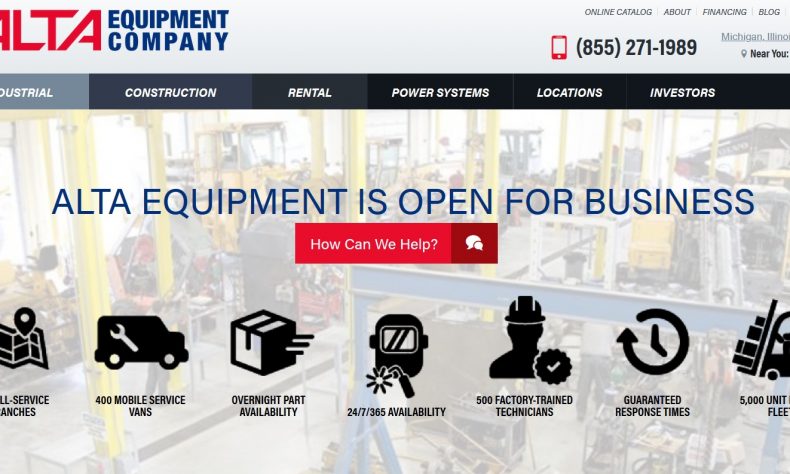 The price is initially $59 million, though the sale agreement could place the purchase price at $51 million to $67 million depending on future performance.

“The acquisition of Ecoverse is exciting for our business as it represents our first investment into large-scale equipment distribution, giving us the master dealer rights to distribute best-in-class environmental equipment to dealers and customers throughout North America,” said Ryan Greenawalt, Alta CEO. “Ecoverse has a long standing track record in the environmental processing equipment sector as a distributor of high-end equipment which is used in biofuel, composting, and various waste and recycling applications. The Ecoverse acquisition immediately positions Alta as an industry leader in a sector where demand for eco-friendly waste solutions and recycling continues to grow. We welcome Ecoverse to the Alta family.”

Alta officials said they expect the acquisition to be highly accretive to Alta’s EBITDA to cash flow conversion and earnings per share ratios.

The deal is structured as an asset acquisition allowing for step-up in tax basis of assets acquired.

To the extent EBITA remains flat at July 2022 trailing twelve-month levels throughout the earn-out period, the total purchase price will be $59 million ($52.5 million in cash and $6.5 million in stock). Other iterations of the ultimate purchase price range from $51 million to $67 million based on future EBITA performance.

The transaction is subject to customary closing conditions and is expected to close in the fourth quarter of 2022.

Including Ecoverse, since the company’s initial public offering in 2020, Alta has completed 13 acquisitions which have contributed $440.3 million in revenue, and $52.5 million in adjusted EBITDA.

More information on Ecoverse, its products and applications can be found at www.ecoverse.net.

Alta owns and operates one of the largest integrated equipment dealership platforms in the United States. Through its branch network, the company sells, rents, and provides parts and service support for several categories of specialized equipment, including lift trucks and aerial work platforms, cranes, earthmoving equipment and other material handling and construction equipment. Alta has operated as an equipment dealership for 38 years and has developed a branch network that includes over 65 total locations across Michigan, Illinois, Indiana, New England, New York, Virginia, Florida, Ohio, Ontario, and Quebec. More information can be found at www.altaequipment.com.