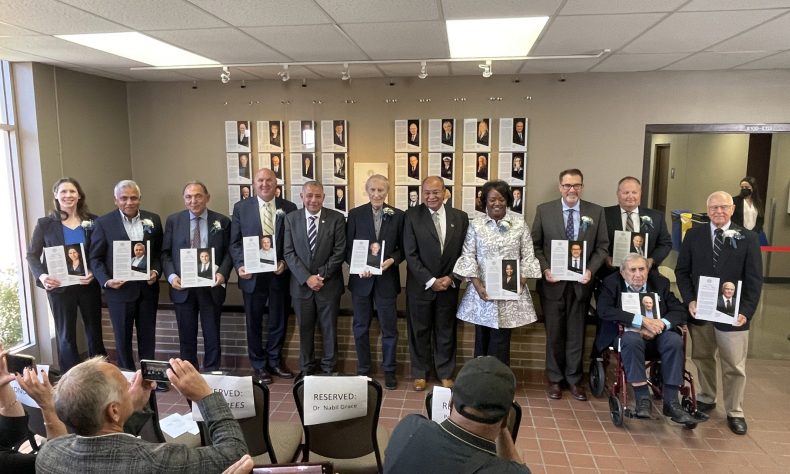 SOUTHFIELD—Ten people were inducted into the Lawrence Technological University College of Engineering Hall of Fame in a ceremony Friday afternoon.

Included were seven people who would have been inducted in a ceremony in the fall of 2020 were it not for the pandemic.

“The achievements of these outstanding alumni are further evidence that LTU produces not just capable engineers, architects, scientists, and business executives, but top-notch leaders in every field of study that we offer,” LTU President Tarek M. Sobh said. “We are proud of their achievements and anticipate even greater things from them, as we do all of our current students and recent graduates, as they strive to become the innovators of tomorrow.”

In alphabetical order, the 2020 inductees were:

Lawrence Technological University is one of only 13 private, technological, doctoral universities in the United States. Located in Southfield, Mich., LTU was founded in 1932, and offers more than 100 programs through its Colleges of Architecture and Design, Arts and Sciences, Business and Information Technology, and Engineering. PayScale lists Lawrence Tech among the nation’s top 11 percent of universities for alumni salaries. The Wall Street Journal ranks LTU among the nation’s top 10 percent. U.S. News and World Report lists it in the top tier of best in the Midwest colleges. Students benefit from small class sizes and a real-world, hands-on, “theory and practice” education with an emphasis on leadership. Activities on Lawrence Tech’s 107-acre campus include more than 60 student organizations and NAIA varsity sports.