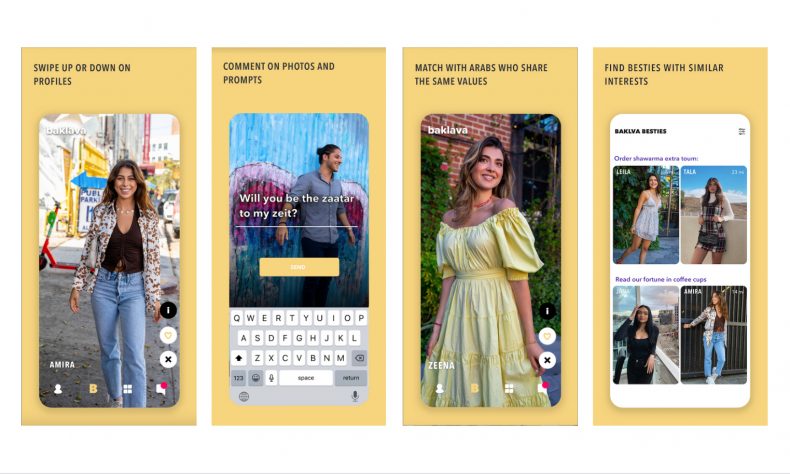 DETROIT—Developers of the Arab relationship app Baklava say the app has reached 160,000 downloads in its first year, with more than 75,000 active members daily and 10 million messages exchanged per month.

Launched Dec. 31, 2020, Baklava officials say theirs is the first and only social app for all Arabs from all walks of life. Its filterless approach allows members to meet people with similar interests and values, while honoring and keeping Arabic culture alive.

“Baklava is a means for the millions of Arabs around the world to connect with each other and to their roots,” said founder and CEO Leila Muhaizen. “I’m incredibly proud and humbled by the relationships the app has already created, from marriages to friendships and more. The bond among Arabs living abroad is undeniable and for the first time in history, the global Arab community is truly connected—thanks to our app.”

In summer 2021, Baklava became the most downloaded app in Germany, supplanting Facebook, WhatsApp and Instagram. Baklava also hit No. 1 on Global Dating Insights Startup Roundup in April 2021. In just over a year, Baklava’s official TikTok videos have been viewed 14 million times. Baklava has also led to numerous engagements and marriages among its membership. Members can include anything they like in their bio but people cannot filter by any attribute. Everyone has equal representation. The platform is inviting to Arabs and non-Arabs who are interested in Arab people and culture. With 3.5 million Arab-Americans in the United States, and 436 million Arabs worldwide, the Baklava founding team hopes to inspire people to join and make authentic connections with Arab people next door and around the world.

“Baklava recognizes and caters to people who connect to the ‘bicultural Arab identity,’” said Serena Skaf, Baklava chief marketing officer. “We know Arabs are scattered all around the world and we needed to create a platform for this popular Arab archetype to come together. We hope to mindfully participate in modernizing the Arab region through tech in a way that preserves, adapts and respects our culture, which is why Baklava fuses the etiquettes of Arab society with its brand and user experiences, making it far more integrative and inviting to Arabs, in contrast to mass-targeted westernized dating apps that are notorious for being either mildly accepted or widely rejected among Arabs in the region.”

Baklava has also teamed up with Film Lab Detroit and local Arab entrepreneurs for a cultural event that showcased their love for Arab film and art. They have collaborated with Arab small businesses such as the Lyoum Tunisian clothing label, PSTL Palestinian candles line and Skaff’s Lebanese restaurants.

Baklava has locations in Detroit and Los Angeles. More at https://baklavaapp.com/.