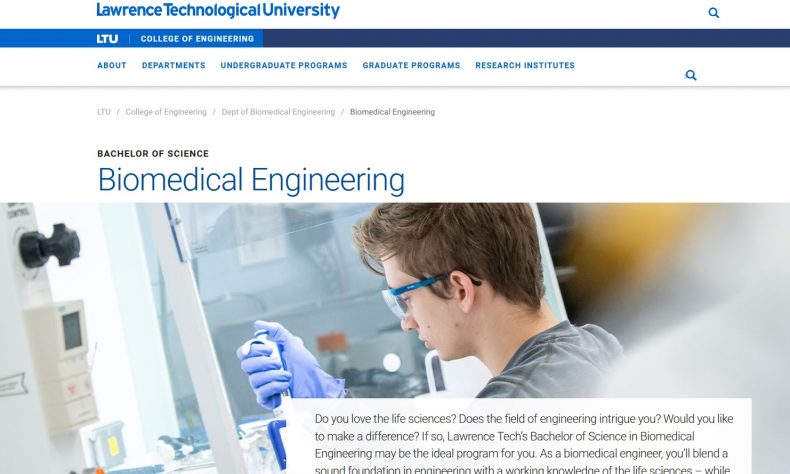 SOUTHFIELD—A Lawrence Technological University professor has received a two-year, $199,558 grant from the National Science Foundation to create a new way of detecting tiny and potentially toxic aerosol particles in the air.

Hao Jiang, assistant professor of biomedical engineering, plans to use the grant to create a “nanoparticle sizer” using lasers and nanotechnology in place of conventional lenses, which will allow the new device to detect aerosol particles even smaller than 100 nanometers, or 100 billionths of a meter.

He plans to involve LTU graduate and undergraduate students in the project. “I am also planning a workshop to bring K-12 students here to LTU and show them the dangers from ultrafine particles and toxins in e-cigarettes,” Jiang said.

“Aerosols, tiny particles, are created by everything from cigarette smoke to wildfires to the burning of fossil fuels,” Jiang said. “They can cause very severe health risks because they are so small they can penetrate directly into the lungs.”

Jiang’s device will implement nanotechnology to focus a laser beam into a very small area. “Nanostructures can manipulate light in any way you want,” he said. “We will focus laser light into a super tiny spot that we call a ‘hot spot,’ and these hot spots will increase the sensitivity so that even if a very small nanoparticle goes through it, it will trigger a big signal.”

Jiang said the new device will be so small and inexpensive that it could be incorporated into wearable technology.

The grant will fund one full-time graduate student to assist Jiang in his research. Three undergraduates will also participate.

Jiang came to Lawrence Tech in 2019 after postdoctoral research fellowships at Simon Fraser University and the University of Victoria in Canada. He earned a Bachelor of Science in electronics from Peking University and Master’s and PhD degrees from Western University in London, Ontario. His PhD research was on nano-biosensors for detecting blood and lung cancers. While in Canada, he invented and patented a portfolio of technologies on structural color image display devices, and co-founded a startup nanotechnology company.

At LTU in the spring semester, Jiang is teaching three classes in the University’s Bachelor of Science in Biomedical Engineering program: bioinstrumentation, medical devices, and a special topic class in microcontrollers and biomedical sensors.