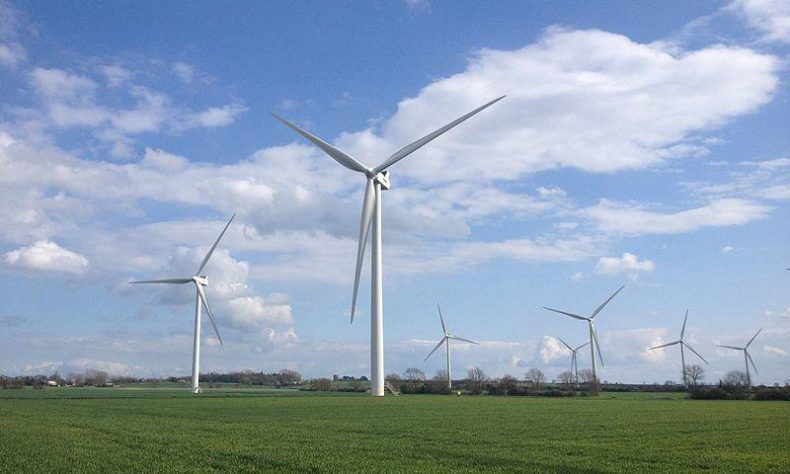 JACKSON—Consumers Energy and General Motors today announced a new pledge to power Michigan automotive plants in Flint, Burton and Wyoming with clean energy, partnering to build the next generation of vehicles in Michigan, where both companies are headquartered.

Added Rob Threlkeld, senior manager of energy strategy and grid decarbonization at GM: “General Motors is committed to combatting climate change and transforming the communities where we work and live by striving toward zero crashes, zero emissions, and zero congestion. Procuring renewable energy is key to accomplishing these goals. Our collaboration with Consumers Energy brings us closer to our target of sourcing 100% renewable energy in the U.S. by 2025 and will advance our local Michigan communities’ transition to a clean grid.’

GM made a 20-year agreement with Consumers Energy to use clean energy at its Flint Assembly Plant, Parts Processing Center in Burton and GM Components Holdings Plant in Wyoming. This commitment supports roughly 70 megawatts of emission-free renewable energy in Michigan.

Through new and existing GM plants in Consumers Energy’s Renewable Energy Program, which puts Consumers on a path to add more renewable power to its generation fleet, GM is offsetting 235,000 metric tons of carbon dioxide annually. That is equivalent to greenhouse gas emissions produced by 51,000 cars, according to U.S. Environmental Protection Agency calculations. Consumers Energy and GM started partnering on clean energy projects in 2018.

Consumers Energy is working to protect the planet, with an industry-leading Clean Energy Plan to close all of its coal-fired plants by 2025 and become carbon neutral by 2040, at which point the energy provider will meet 90% of its energy needs with clean energy sources such as wind and solar. Commitments by GM and other businesses accelerate that plan.

“GM promised just last week that Michigan will be the nation’s hub for electric vehicle manufacturing. Now, we know the next generation of Michigan-made vehicles also will be made with clean energy,” Rochow said.

Consumers Energy’s Renewable Energy Program provides businesses a flexible, turnkey solution to use solar and wind energy to achieve their sustainability goals and protect the planet for future generations. Their enrollment not only advances greening Michigan’s grid, but also supports Michigan jobs created through building and operating renewable energy projects. Join the movement by contacting us at GreenPower@cmsenergy.com.

General Motors (NYSE:GM) is a global company focused on advancing an all-electric future that is inclusive and accessible to all. At the heart of this strategy is the Ultium battery platform, which powers everything from mass-market to high-performance vehicles. General Motors, its subsidiaries and its joint venture entities sell vehicles under the Chevrolet, Buick, GMC, Cadillac, Baojun and Wuling brands. More information on the company and its subsidiaries, including OnStar, a global leader in vehicle safety and security services, can be found at https://www.gm.com.