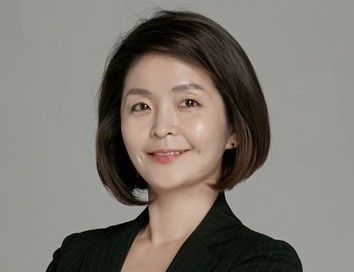 In making the announcement, StradVision CEO Junhwan Kim announced COO Sunny Lee (pictured above) is relocating to Michigan from South Korea to lead the U.S. office, and has been appointed CEO of StradVision Technology USA, established in 2018 as the company’s hub for technology development. As the leader of operation and technology development in the U.S., Lee is responsible for the expansion of business, and significant strengthening of the business and engineering team to provide close collaboration and technical support to local customers.

“We are very pleased to establish our new North American headquarters in Michigan, which is at the forefront of research and development in ADAS and autonomous vehicle business,” Kim said. “This is a major step for StradVision as we continue to explore partnerships with U.S.-based partners.”

StradVision also plans to unveil a demonstration vehicle, which will display examples of its newest technologies, for use in customer and media demos. StradVision, established in 2014 in South Korea, continues to accelerate the advancement of autonomous vehicles. SVNet, its AI-based object recognition software, is currently used in mass production models of ADAS and autonomous driving vehicles that support safety function Levels 2 to 4, and will be deployed in more than 50 vehicle models worldwide.

As part of the opening of the new headquarters, StradVision has hired Yearn Ha to be its new sales director. Ha has extensive industry experience as a business expert in the automotive industry, including leadership roles at Aptiv, Hyundai MOBIS, Applied Intuition, and SL America.

Said Lee: “The U.S. market is one of the most important markets for our future business. We have long been closely cooperating with many partners in the automotive parts and semiconductors industry based on our strong IP portfolio including over 160 U.S. patents. With the establishment of the North American Headquarters, we intend to further expand our contribution to the future of autonomous driving in the U.S.”

Since its first mass-production project in 2019, StradVision also has been selected as a perception software provider for future ADAS technology such as augmented reality head-up display (AR-HUD), automated valet parking, and others, by leading auto manufacturers from Germany and China.