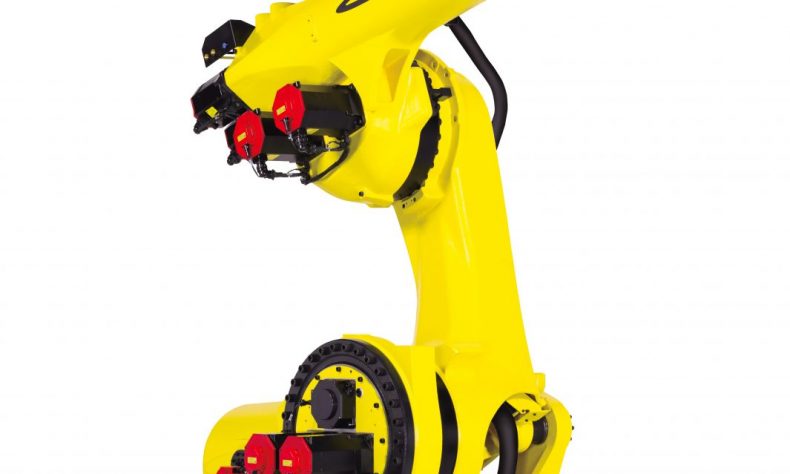 The M-1000iA’s serial-link construction gives the robot a wider range of motion in every direction. It can extend its arm upright or rotate it backwards, which is not possible for typical heavy-payload robots with a parallel-link mechanism. The robot has a 1,000-kilogram (2,200-pound) payload, a 3,253-mm (10.7-foot) horizontal reach, and a 4,297-mm (14.1-foot) vertical reach.

“The new M-1000iA is Fanuc’s largest serial-link robot to date,” said Eric Potter, general manager of Fanuc America’s general industries and automotive segment. “Customers that process very heavy parts need more versatility in the workspace, and this robot is a great solution for a variety of applications such as drilling and handling large automotive components, processing and handling battery packs for electric vehicles, fabrication and handling of construction materials, and much more.”

Powered by the FANUC R-30iB Plus Controller, the M-1000iA offers the same intelligence and reliability that FANUC robots are known for, including integrated iRVision, force sensing and Zero Down Time (ZDT).