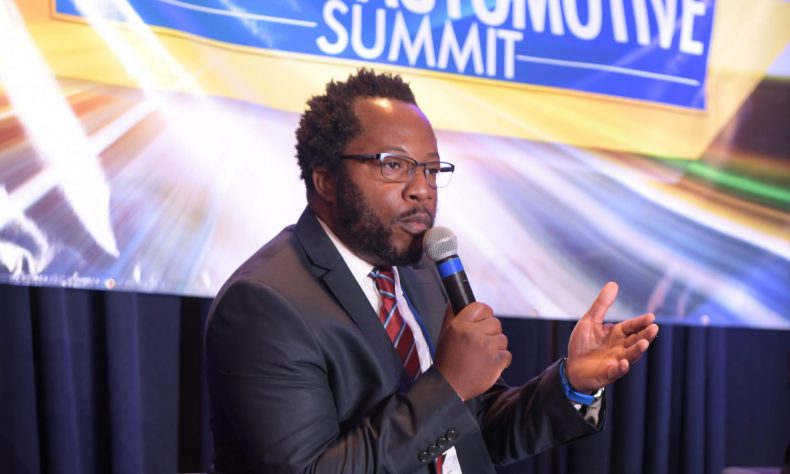 SOUTHFIELD—Award-winning journalist and racial justice advocate Bankole Thompson has been named the 2022 Executive in Residence by the College of Business and Information Technology at Lawrence Technological University.

“LTU is happy to honor Bankole Thompson with this appointment, which will make his extensive experience in advancing equity in economic development available to our students,” said Bahman Mirshab, dean of the College of Business and IT at LTU.

Said Thompson of his new post: “It has been my lifelong commitment to help inspire the next generation of innovators and changemakers. I hope that through the Executive in Residence program at the College of Business and Information Technology, I can help inculcate in the students of Lawrence Technological University a deeper and profound sense of dedication to the issues of equity, justice and freedom that are resonating around our nation and the world. I believe that science has the answer to some of our most fundamental and troubling questions around inequality and poverty. That is why it is important for the future leaders in technological innovation to demonstrate not only an educated understanding of these issues, but also a willingness to work towards them and to use their talents and gifts in achieving a more just society.”

A sought-after national political commentator, Thompson is currently an opinion columnist at The Detroit News, where he writes a twice-a-week column (Mondays and Thursdays) on presidential politics, culture, diversity, leadership, equity and socioeconomic issues.

The Eisenhower Foundation in Washington D.C. dubbed Thompson as a “courageous voice on behalf of the dispossessed and disenfranchised, a shining example of journalism for the public good.”

He is the editor-in-chief and dean of The PuLSE Institute, a national anti-poverty think tank, headquartered in Detroit. The Institute was established in 2018 based on his writings on issues of poverty and inequality.

Among his many awards, The Rev. Jesse Jackson Sr., president and founder of the Rainbow PUSH Coalition, honored Thompson with the “Let Freedom Ring Journalism Award” on Martin Luther King Jr. Day in 2018, to mark the 50th anniversary of King’s assassination. In 2015, the Jewish Community Relations Council of Metropolitan Detroit honored Thompson with a special Tzedakah Award, which in in Hebrew means righteousness, justice, and charity. In 2020, Thompson delivered the keynote address at the 20th Dr. William G. Anderson Slavery to Freedom: An American Odyssey Lecture Series at Michigan State University, joining luminaries such as author and professor Michael Eric Dyson, philosopher Cornel West, the late Congressman and civil rights hero John Lewis, humanitarian and civil rights leader Harry Belafonte, and Evelyn Higginbotham, chair of the History Department at Harvard University.

In recognition of his work as a journalist and thought leader, the University of Michigan Bentley Historical Library in 2015 established the “Bankole Thompson Papers,” a comprehensive physical and digital collection to preserve his work for posterity. The Bentley houses the papers of every Michigan governor and significant leaders. Thompson was also mentioned in the Congressional Record by U.S. Rep. Debbie Dingell, which officially placed his journalistic contributions into the record of United States Congress.