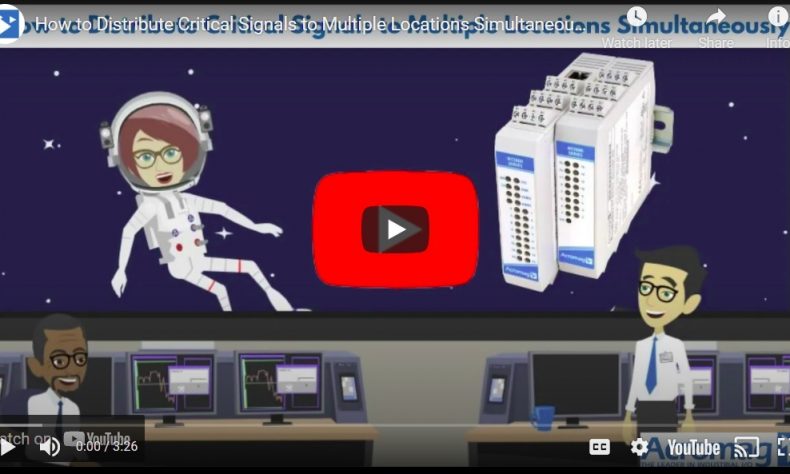 WIXOM—A satellite launch company looked to Acromag for a module that could send a discrete abort signal to multiple locations at the same time if anything gets out of specification. The equipment to monitor and control the launch is in several different buildings, but all on the same network.

Timing was critical. All signals must be sent at the same time. Signals must be fail-safe. And due vibration during launch, units must be rugged.

The solution was Acromag’s NTE2111 ethernet input-output module, part of Acromag’s family of Ethernet products. The NT (New Technology) has a unique feature called i2o Multicast. Multicast allows the NT to operate as a standard remote input-output unit, but additional Multicast sending and listening IP addresses can be assigned to the unit.

The NTE2111 can be configured to assign one or more of its channels to act as peer-to-peer outputs of a corresponding input sending unit. While functioning normally, the NT will be constantly listening for a message to the Multicast IP address. Once it receives the message, it immediately outputs the signal.

The sending unit immediately broadcasts the message to a multicast sending IP address upon a change of state to its input. Any other NT unit that has been assigned the same address as its Multicast listening IP address will get the message. This makes the number of output locations virtually limitless.

The Multicast feature on Acromag’s NT Series allows peer-to-peer communication from a single unit to multiple units over any ethernet network. Discrete inputs to discrete outputs, or analog inputs to analog outputs.

The NTE2111-1111 was selected because it’s low-side switching. That gives it a positive “off” voltage. If there’s a power or unit failure, the output would indicate the alarm condition for failsafe operation. The NT Series is designed for wide operating temperatures and to withstand up to 25g shock and 4g vibration. Each NTE (Ethernet) unit can have up to three NTX (expansion) units, of any I/O type, added for flexibility and customization at low cost.