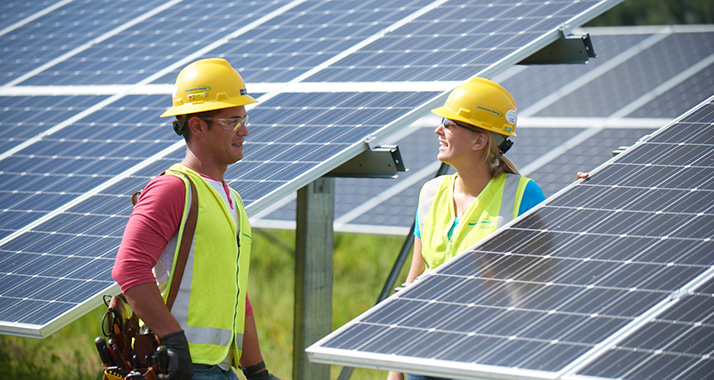 The solar developments are part of the company’s Clean Energy Plan to dramatically increase renewable energy, eliminate coal as a fuel source for electricity by 2025 and achieve net zero carbon emissions by 2040.

“Increasing clean energy for our customers shows our commitment to being a force of change for clean energy that benefits the people of Michigan and protects our planet,” said Dennis Dobbs, Consumers Energy’s vice president of enterprise project management and environmental services. “Our partners in these projects are helping us transform the energy landscape and create a cleaner energy future for generations to come.”

Under the agreements, which are awaiting approval by the Michigan Public Service Commission, Consumers Energy would own and operate one facility, while purchasing power from the other two.

The new solar projects, which would come online in 2023, include:

Under its Clean Energy Plan, Consumers Energy has proposed adding 8,000 megawatts of utility-scale solar power by 2040, including 1,100 MW by 2024. The company is using a competitive bidding process to ensure maximum value for customers. In addition to its environmental benefits, solar is increasingly cost competitive and Consumers Energy can add it gradually to meet Michigan’s changing energy needs without building a large, new fossil fuel power plant.

Consumers Energy is the principal subsidiary of CMS Energy (NYSE: CMS), providing natural gas and/or electricity to 6.8 million of the state’s 10 million residents in all 68 Lower Peninsula counties.