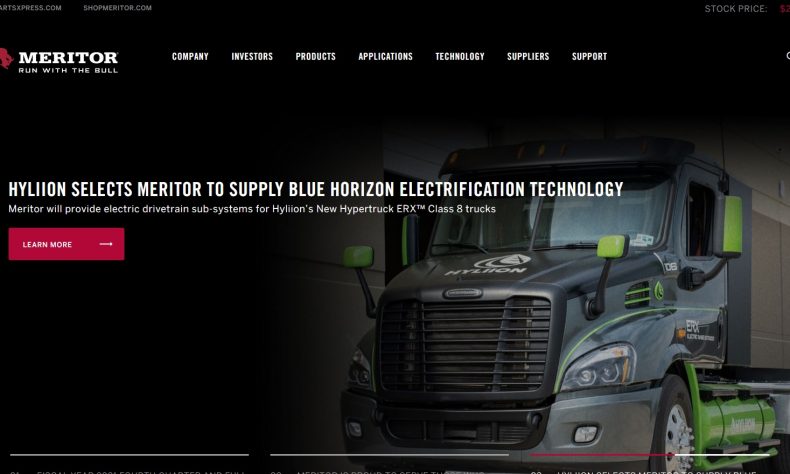 Company officials said the quarterly sales increase was driven by higher truck production in all of its markets. Those sales increases were the primary drivers behind higher net income, along with lower tax expense. For the full year, the decrease in net income was attributed to expenses associated with the termination of the company’s distribution agreement with Wabco Holding Inc., and higher freight, steel, and electrification costs.

The company also released a figure for “adjusted income from continuing operations” of $57 million or 80 cents a share, vs. $8 million or 11 cents a share in the year-earlier quarter.

Company officials projected fiscal 2022 revenue of $4.1 billion to $4.2 billion, and net income attributable to Meritor of $220 million to $255 million.

“While 2021 was a challenging industry environment, we performed well,” said Chris Villavarayan, Meritor CEO and president. “Now in the last year of our M2022 plan, we remain focused on earnings and growth, particularly as we expand our customer base in the growing commercial vehicle electrification market.”