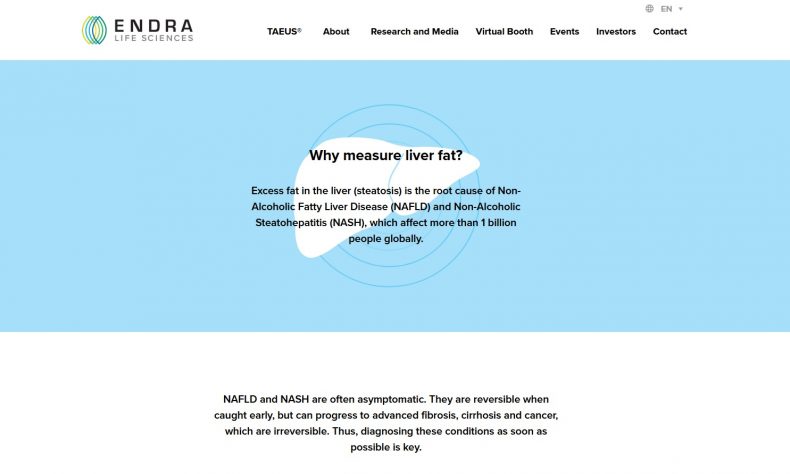 The company’s latest patent relates to a novel method and system for monitoring tissue temperature during surgical procedures using Endra’s Taeus system. Company officials said they expect that the system will be effective for both thermotherapy and cryotherapy procedures. The recently issued patent complements U.S. Patent 10,631,734, also titled, “Method And System For Monitoring Tissue Temperature,” which was issued on April 28, 2020. Each of these patents utilize different methods to achieve similar results.

“The issuance of this new patent represents the continued advancement of the development of our optimized ultrasound and thermoacoustic imaging systems for a wide variety of applications where no practical tools currently exist, including for non-alcoholic fatty liver disease,” said Endra CEO Francois Michelon. “Our intellectual property portfolio continues to grow and currently stands at 87 assets, which we define as patents issued, filed or in preparation. As we advance TAEUS® commercial launch plans for Europe and await U.S. regulatory response, it is essential to protect our intellectual property in priority global markets.”

Taeus is currently cleared for sale in countries that recognize the CE mark, including those in the European Union, and a 510(k) application has been submitted to the U.S. Food and Drug Administration.