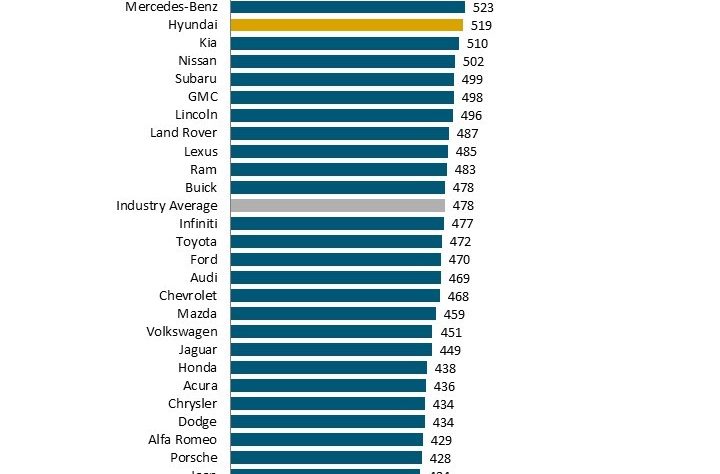 But on the other hand, they also confoundingly say that many new car owners don’t bother to use much of that great new technology.

Power analysts say the disconnect ends up being costly to automakers and buyers alike.

“New-vehicle prices are at an all-time high, partly as a result of an increased level of content,” said Kristin Kolodge, executive director of human machine interface at J.D. Power. “This is fine if owners are getting value for their money, but some features seem like a waste to many owners.”

When technology is effectively executed in a vehicle, it positively influences an owner’s decision to purchase another vehicle equipped with that technology. The highest execution scores in the study are for camera rear-view mirror and ground view camera, both of which are ranked among the top three by owners wanting them on their next vehicle.

“J.D. Power has a wealth of transactional data showing that automakers suffer a hit to profits and sales velocity if they build the wrong mix of features on their vehicles,” Kolodge said. “The TXI research quantifies the benefits when there is alignment between what owners truly want and what the automakers produce.”

Genesis ranks highest overall and in the premium segment with an Innovation Index score of 634, offering a high level of advanced technologies across its product lineup. In the premium segment, Cadillac (551) ranks second, followed by Volvo (550), BMW (545) and Mercedes-Benz (523).

The TXI Study analyzes 36 technologies, which are divided into four categories: convenience; emerging automation; energy and sustainability; and infotainment and connectivity. Only technologies classified as advanced are award eligible.

The 2021 U.S. Tech Experience Index (TXI) Study is based on responses from 110,827 owners of new 2021 model-year vehicles who were surveyed after 90 days of ownership. The study was fielded from February through July 2021.

More on the study at https://www.jdpower.com/business/automotive/us-tech-experience-index-txi-study 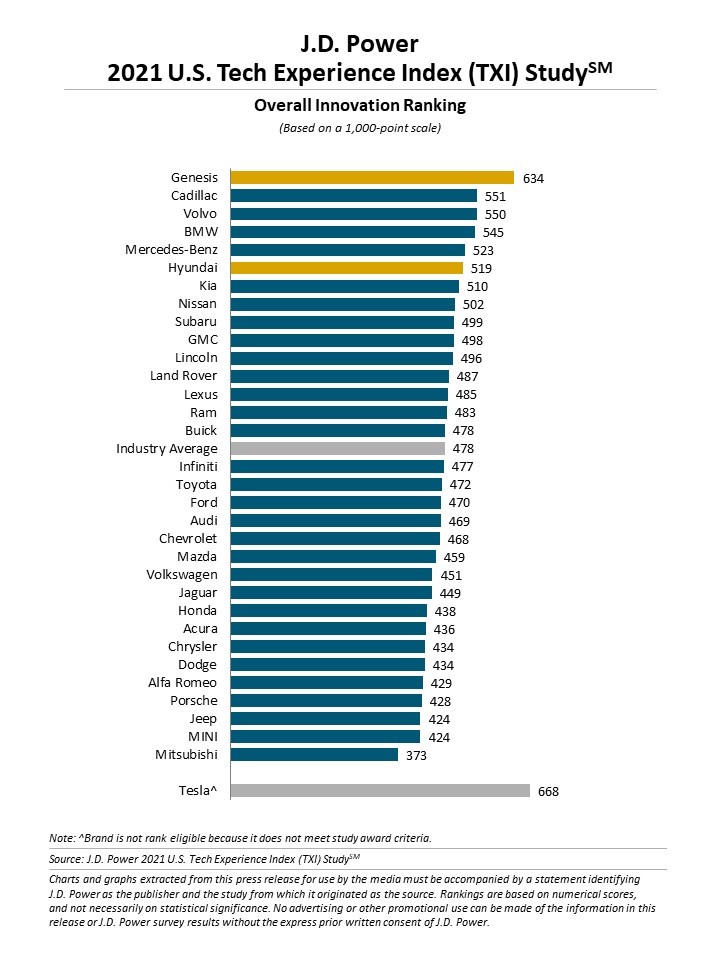