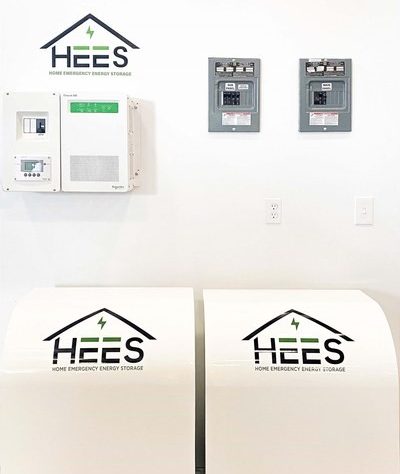 The system, called “HEES” by company officials, relies on the innovative and patented GreenSeal batteries invented by Advanced Battery Concepts.

“We accomplished this in a relatively short period of time thanks to our entire team and through utilization of our low volume production line designed specifically to supply batteries for the micro-grid energy storage market,” said Advanced Battery Concepts founder and CEO Edward Shaffer.

ABC was assisted in assessing and analyzing the energy marketplace by members of the University of Michigan’s Ross Business School “MAP” program. The Multidisciplinary Action Projects (“MAP”) provided fresh perspectives on focused, in-depth analysis of the U.S. energy storage market. This data in conjunction with the 12-year development conducted by ABC which led to the invention of the company’s bipolar battery at its plant in Clare brought forth the HEES roll-out.

The U.S. market for residential backup power, in 2021, represents a $1.3 billion opportunity shared among three categories: generators, fuel cells and battery systems—the fastest growing segment, according to the UM MAP study. In addition, market trends indicated an increasing demand for environmentally friendly technologies, such as battery-based and fuel-cell based, and a rise in smart home technology further driving additional demand.

The ABC HEES system requires about eight square feet of interior space, preferably located near the main circuit box. Once installed by a trained and certified electrician, the system is always on. Storage is downstream from an in-bound electric inverter that helps maintain power storage until needed. When grid power is lost, the HEES system automatically delivers electricity to the household, office, or business, usually until grid power is restored. The system can provide up to 6 kilowatts and draws upon a storage reserve of 18 kilowatt-hours to power critical loads. Run times can be up to two full days.

“Our automated facility in Clare, Michigan is like no other battery plant,” said Michael Everett, ABC’s COO. “This is not the traditional battery plant. It doesn’t look or smell like a battery factory. It is truly an assembly line where battery components are molded, snapped together, stacked, filled and sealed in a rather compact linear process.”