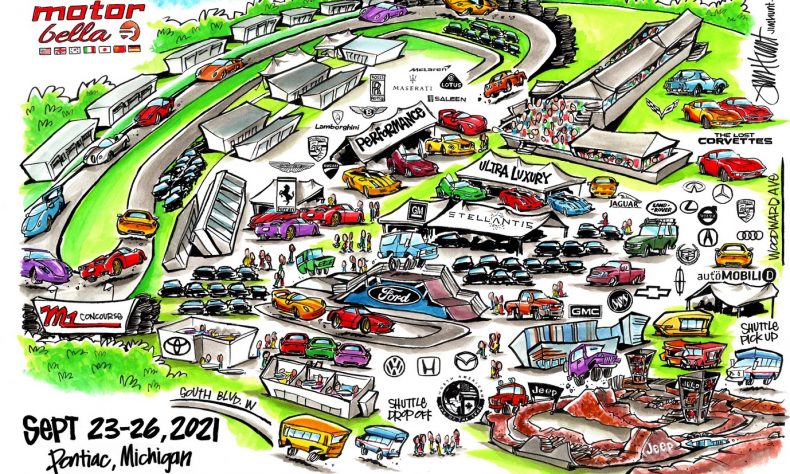 PLYMOUTH—Officials at Hyundai Mobis, the Korean auto supplier with its U.S. technical center in Plymouth, announced that the company would have a display Sept. 21-24 at the Motor Bella auto show at the M1 Concourse in Pontiac.

This is the first time Hyundai Mobis has participated in a motor show held in the United States; previously, the company has exhibited its products at the Consumer Electrinics Show. In addition to participation in IAA Mobility held earlier this month in Germany, the company has expanded its scope to North America, and will display new technology while also increasing touchpoints with clients in order to win contracts from global automakers.

Motor Bella is an outdoor version of the North American International Auto Show (NAIAS), which has been cancelled by the pandemic since 2019.

In line with the shift to electric vehicles with large-scale investments by the government in North America, Hyundai Mobis is also exhibiting its most advanced electrification components like its 3-in-1 system (integrating motor, inverter and reducer in a single housing), battery system assembly (BSA), and integrated charging control unit (ICCU). Since 2009, the company has accumulated more than 12 years of electrification system know-how and produced about 1.9 million electrified vehicle systems.

In addition, Hyundai Mobis will install kiosks for its clients and visitors in order to introduce a total of 24 technologies, including infotainment, electrification, chassis, and lamp. The company plans to offer a full portfolio of its diverse products ranging from ADAS to electrified automotive components.

Hyundai Mobis has been striving to increase its touchpoints with global clients and win more contracts since the outbreak of COVID-19. Despite the global logistics disturbance and semiconductor shortage problems, the company is maintaining a strong supply system and is a trusted partner with clients.

Mobis North America operates three major facilities in the Detroit area. Since 2009, the Detroit module assembly plant has been a supplier of chassis modules for Jeep Grand Cherokee and Dodge Durango. The Plymouth Tech Center, with 200 employees, develops U.S.-customized products, such as autonomous driving, safety, lamp, and more. The Novi warehouse and logistics center, with over 80,000 square feet, handles logistics, quality control, transportation and inventory for Mobis clients.

Hyundai Mobis is the world’s seventh largest auto supplier, making components for electrification, brakes, chassis and suspension, steering, airbags, lighting, and electronics, with annual sales of nearly $30 billion. The company was founded in 1977 and is headquartered in Seoul, Korea. Hyundai Mobis currently employs more than 30,000 people worldwide and has production facilities in North America, Europe, China and India and technology centers in Korea, Germany, China, India, and the United States.

Motor Bella will also feature ride-along opportunities in exotic and futuristic cars and concepts, with more than 350 vehicles on display representing 35 auto brands on M1’s 87 acres. Ford and Toyota plan to reveal new products at the event, and Stellantis will also be represented.

The event will also feature AutoMobili-D, a two-day event Sept. 21-22 presented by the Michigan Economic Development Corp. and the Michigan Office of Future Mobility and Electrification. AutoMobili-D features full days of programming on the future of mobility and presentations from more than 80 mobility technology companies.

For an overview, visit https://naias.com/news/dada-releases-highlights-of-upcoming-outdoor-motor-bella-event.