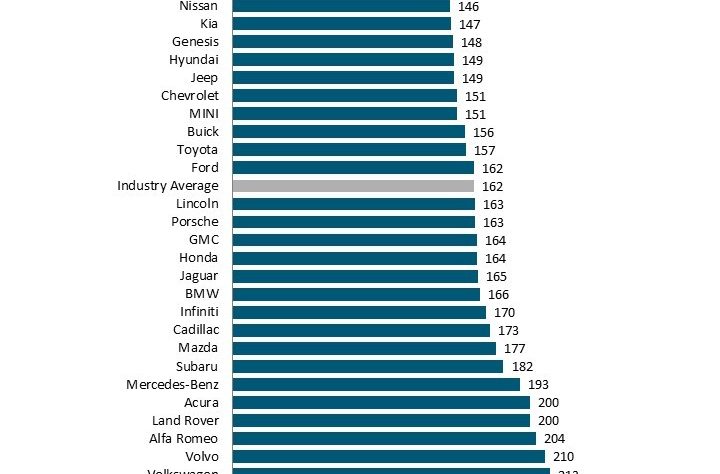 Overall, new vehicle quality improved 2% from 2020 to 2021, the survey found. This is slightly lower than the average rate of improvement (3%) seen during the past decade.

“Owners are caught in the middle when vehicle and phone technologies don’t properly connect,” said Dave Sargent, vice president of automotive quality at J.D. Power. “This year there are many examples of smartphone technology not working as intended in new vehicles. With more vehicles being fitted with the wireless technology owners want, the study reveals an increase in connectivity problems between smartphones and vehicles, leaving many owners unhappy.”

Initial quality is measured by the number of problems experienced per 100 vehicles (PP100) during the first 90 days of ownership, with a lower score reflecting higher quality. The industry average of 162 PP100 is 4 PP100 better than in 2020, with 20 of 32 brands improving their quality from 2020.

Toyota Motor’s Motomachi 2 (Japan) plant, which produces the Lexus LC, received the Platinum Plant Quality Award for producing vehicles with the fewest defects or malfunctions. Plant quality awards are based solely on defects and malfunctions and exclude design-related problems.

The 2021 U.S. Initial Quality Study, now in its 35th year, is based on responses from 110,827 purchasers and lessees of new 2021 model-year vehicles who were surveyed early in the ownership period. The study is based on a 223-question battery organized into nine vehicle categories (infotainment; features, controls and displays; exterior; driving assistance; interior; powertrain; seats; driving experience; and climate) designed to provide manufacturers with information to facilitate the identification of problems and drive product improvement. The study was fielded from February through July 2021. 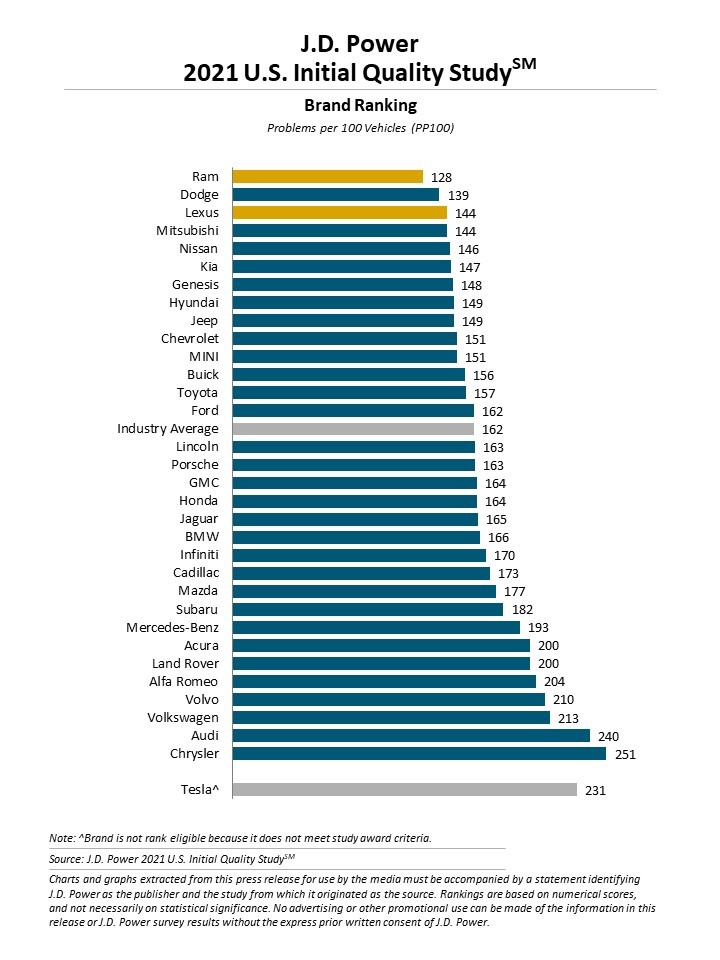