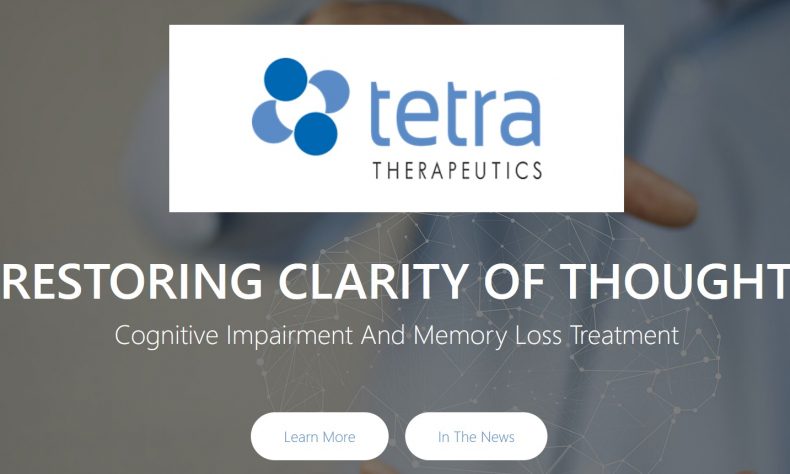 GRAND RAPIDS—Officials at Tetra Therapeutics, a pharma startup developing drugs to treat brain disorders associated with cognitive and memory deficits, announced that CEO Mark Gurney had retired effective June 30. He is to continue to serve as a consultant and advisor.

He is succeeded by Chad Coberly, former COO of the company. Coberly has more than 30 years of experience in the life sciences industry.

A year ago, Tetra was purchased by the Japanese pharma firm Shionogi & Co. Ltd.

“After a rewarding career culminating in the company’s successful merger last year, I am pleased to be able to retire and leave the company in good hands,” Gurney stated. “I have worked with Chad Coberly for the last several years and am confident that he will capably lead the company toward its strategic goals to advance its pipeline of new drugs to the benefit of patients with CNS disorders.”

The company’s lead compound is BPN14770, a novel therapeutic agent that selectively inhibits phosphodiesterase-4D to enhance early and late stages of memory formation. This unique mechanism of action has the potential to improve cognitive and memory function in devastating central nervous system disorders, including Fragile X Syndrome, Alzheimer’s disease, and other dementias, learning and developmental disabilities, and schizophrenia. Preclinical animal models show that BPN14770 has the potential to promote the maturation of connections between neurons, which is impaired in patients with FXS, and to protect connections between neurons which otherwise are lost in patients with Alzheimer’s. Tetra currently has completed investigational Phase 2 studies of BPN14770 in adults with Fragile X Syndrome, an indication for which BPN14770 has received Orphan Drug Designation from the U.S. Food and Drug Administration (FDA) and in Alzheimer’s disease. The company and its parent are currently planning the next trials in both indications.