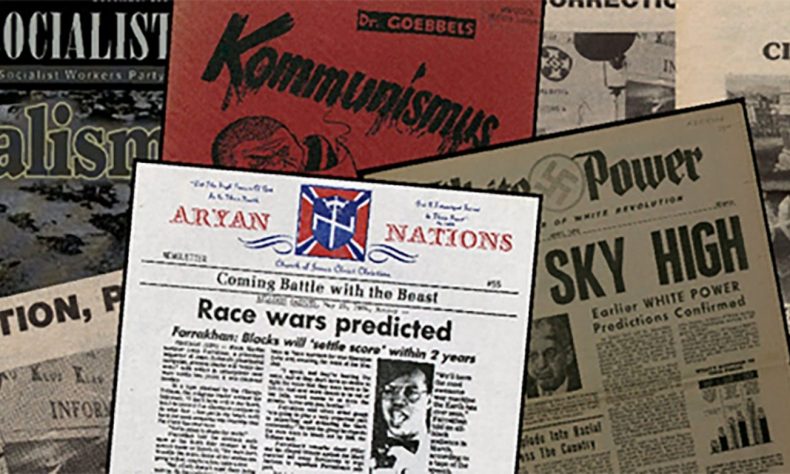 Available on the Gale Primary Sources platform, this rare, never-before-digitized collection expands upon the first installment, with a particular focus on white supremacist and nationalist groups such as the Ku Klux Klan and Aryan Nations. Now scholars and researchers can analyze the rhetoric, ideology and evolution of fringe, right-wing groups to better understand their impact on today’s mainstream politics as well as broader society. (Read Gale’s blog about this new archive.)

“We created Far-Right Groups in America in response to the growing number of research centers, university departments and undergraduate courses dedicated to the academic study of far-right and extremist political research,” said Seth Cayley, vice president of Gale Primary Sources. “It’s a must-have teaching and learning tool for understanding how the resurgence of right-wing populism and the movement of far-right thinking into the mainstream has been able to develop over the course of the 20th and 21st centuries.”

Far-Right Groups in America covers topics such as fascism, racism, anti-Semitism, homophobia, nationalism, Christian Identity, political misinformation and conspiracy theories. The archive includes essential publications and ephemera that explore the nature of right-wing politics in the U.S., including material that both supports and criticizes the radical right. It examines the varying manifestations of far-right ideologies, looking at their emergence, growth, structure and development, as well as the identities of individual groups, making it an ideal resource for undergraduate teaching.

Far-Right Groups in America brings together five collections from renowned libraries and institutions that include:

Gale showcased the new archive at the American Library Association (ALA) Annual Virtual Conference this week.