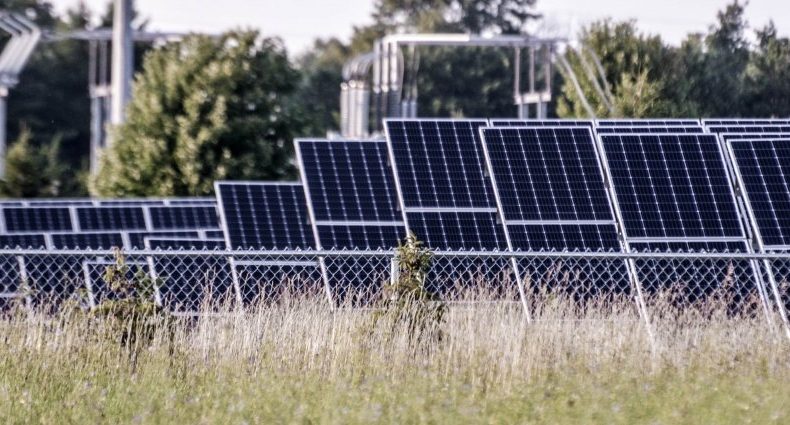 LANSING—A new poll conducted for a solar energy lobbying group found that most Michiganders support the concept of community solar, with three out of four respondents favoring the concept, according to results released today by the Michigan Community Solar Alliance.

Community solar refers to a solar array located in a community where multiple customers can subscribe and receive a credit on their utility bill for their share of the power that is produced, just as if the panels were on their own roof.

The poll revealed 76 percent of respondents support legislation that would allow Michigan residents and businesses to subscribe to a community solar project. Other results showed that:

“Community solar would bring increased access to renewable energy while strengthening Michigan’s energy grid and benefitting our economy,” said John Kinch, executive director of Michigan Energy Options. “This is a win-win for Michigan and it’s great to see so much support for this proposal across the state.”

More than 50 percent of American households don’t have access to solar power because they either rent, live in a multi-tenant building, have roofs unable to host a solar system, or live in a service territory of a utility that won’t allow it. Through community solar, people could be connected to a local solar installation who would provide subscribers with equal access to the economic and environmental benefits of solar generation.

MCSA was formed in May 2021 to advocate for the passage of House Bills 4715 and 4716 which will bring more community solar projects to the state. The bills, which were introduced in the Michigan House on April 27, are sponsored by state Reps. Rachel Hood (D- Grand Rapids) and Michele Hoitenga (R- Manton).

The Alliance is led by 14 founding organizations including:

The survey of 600 likely voters was conducted Feb. 19-25. For more information about the Alliance, visit www.micommunitysolaralliance.com.