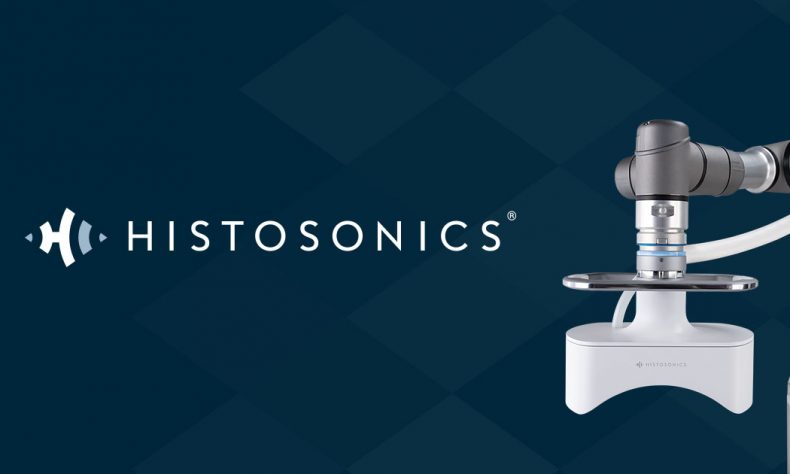 ANN ARBOR—Officials at HistoSonics, developer of novel ultrasound therapies, announced today that the first patient has been treated as part of the company’s #HOPE4LIVER Europe Trial, which was approved by German authorities earlier in the year.

The study is designed to evaluate the safety and efficacy of HistoSonics’ technology, which uses the novel science of histotripsy and the mechanical properties of therapeutic focused ultrasound to destroy unwanted tissue, including targeted primary and metastatic liver tumors, without the need for incisions or invasiveness. The #HOPE4LIVER Europe Study is a multi-center, open label, single arm trial planned to enroll up to 45 patients throughout sites in Spain, Italy, the United Kingdom, and Germany, and is being run in parallel with a similar trial in the United States.

HistoSonics’ non-invasive technology combines advanced imaging and proprietary software to deliver patient specific treatments and uses the science of histotripsy to mechanically destroy targeted tissues at sub-cellular levels.  The company believes that the novel mechanism of action of the technology, intended to avoid thermal necrosis and ionizing radiation, may provide significant advantages to patients, including the ability of the treatment site to recover and resolve quickly, as well as provides physicians the unique ability to monitor the destruction of tissue under continuous real-time visualization and control, unlike any modality that exists today.

The procedure was performed at the Otto von Guericke University Clinic Magdeburg by Professor Maciej Pech, interventional radiologist, director of the University Clinic for Radiology and Nuclear Medicine, and principal investigator of the trial. “The first treatment in the #HOPE4LIVER was successful in destroying the targeted tumor and the patient performed well both during and after the procedure,” Pech said. “We will follow up with the patient per the trial protocol and look forward to enrolling more patients that may be good candidates for histotripsy therapy. The ability to use histotripsy to destroy tumors completely and non-invasively could represent a tremendous advantage for many patients.”

Only 20% to 30% of patients with liver tumors are eligible for surgical resection due to the presence of multiple tumors, underlying poor liver function, or general health issues limiting the success of surgery. Primary liver tumors were the third leading cause of tumor related death worldwide in 2020, with approximately 906,000 new cases and 830,000 deaths globally, and 5-year survival rates less than 18%. Additionally, the liver is second only to lymph nodes as the most common site of metastatic tumors, those that spread from other organs, and estimated to be present in up-to 70% of patients with advanced disease from another site. Histotripsy may provide benefits to these patients due to its unique non-invasive, non-thermal, and non-ionizing destructive capabilities.

The HistoSonics device is investigational and is not available for sale in the United States or Europe. More at www.histosonics.com/.