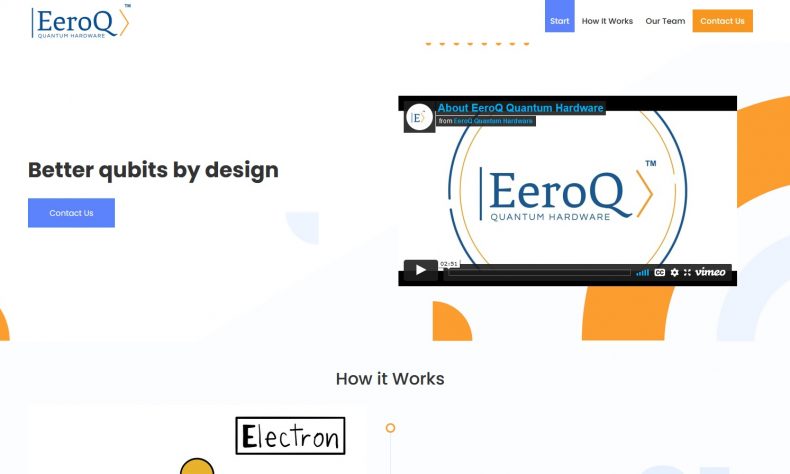 “Today, the most commonly known platforms to build quantum computers are superconducting circuits, trapped ions, silicon spins, and photonics,” said Nick Farina, EeroQ CEO. “However, since 2016, EeroQ has been focused on exploring a fifth pathway that may offer a best-of-all-worlds value proposition: electrons on helium. Professor Lyon will allow us to explore the potential of this technology fully.”

Said Lyon: “Engineers and scientists are working on a range of technologies for building a large scale quantum computer, but one of the most compelling approaches is to use electrons bound to the surface of superfluid helium. This technology holds promise for fast submicron quantum gates, comparable to silicon-based qubits, but with long-coherence mobile qubits, like trapped ions, and with device structures which have been fabricated using an unmodified CMOS foundry process. I began research in this field almost 20 years ago, and we have developed device models for quantum gates and demonstrated the ability to select electrons and rapidly move them around a chip without loss. I am excited to expand and accelerate progress in this field with EeroQ.”

EeroQ co-founder Faye Wattleton added, “EeroQ has built a multidisciplinary team to tackle the societal as well as technical challenges of building a large quantum computer. The addition of Professor Lyon to our team will continue our rapid engineering progress.”

EeroQ was founded in 2016 with the mission of building a commercial quantum computer using electrons trapped on the surface of superfluid helium (eHe). While earlier in development than some qubit platforms, eHe promises the long coherence and high connectivity of ion traps combined with the fast gates of superconducting circuits or silicon spin qubits. Additionally, the small size of electrons allows many qubits on a single fabricated chip without the need for modular designs.