MSF approved two programs as part of MEDC’s talent expansion signature initiative helping to strengthen Michigan’s competitive advantage when it comes to talent and workforce, particularly in retraining and upskilling our existing workforce and growing our tech talent. These two programs address both near- and long-term workforce challenges for Michigan’s economy by supporting job training initiatives tailored to regional workforce demands and helping to retain STEM talent here in Michigan.

Regional Talent Innovation Grants—This program will provide $7.5 million in Community Development Block Grant-CARES Act funding to local economic development organizations and workforce development partners across the state through proposals for competitive training pilot programs in their regions. The funds will provide grants of between $500,000 and $950,000 to eligible economic development organizations or other nonprofits, which will administer the training programs and target growth in specific occupations in high demand from regional employers. A priority will be training programs focused on low- to moderate-income individuals, particularly those living in geographically disadvantaged areas. It is expected that through these efforts, at least 750 individuals will receive training helping to address the lack of post-secondary credentials and a skills mismatch in occupations related to the MEDC’s Strategic Focus industries.

Michigan STEM Forward—The MEDC will partner with Ann Arbor Spark to launch the Michigan STEM Forward internship program on a statewide level. Spark has run the program on a local level through the Ann Arbor-Ypsilanti SmartZone with a decade of positive results. In scaling the program up, MEDC will work in partnership with Spark to place 425-450 STEM students currently attending Michigan colleges annually into STEM-focused internships throughout Michigan. With the support of a $1.5 million grant approved today by the MSF Board, Spark will contribute to 50 percent of the interns’ pay, and participating companies will pay the remaining 50 percent. Spark will track the employment status of the interns for at least 12 months to measure their retention in Michigan as well as those remaining in those knowledge positions.

EW Grobbel Sons Inc. received a $800,000 Michigan Business Development Program performance-based grant and a $200,000 Jobs Ready Michigan Program performance-based grant to support a $33 million expansion project that will create 300 jobs. Grobbel, founded in1883, is based in Detroit’s Eastern Market and produces meat and pickled produce. The project includes expanding product offerings and new lines of business such as meat snacks, retail sliced meats, additional pickled produce offerings and vegan snack bites. The project will include the construction of a food storage facility in Eastern Market’s Innovation Zone that will include a cooler and freezer, loading docks, shipping, receiving, and office areas, as well as an expansion of the facility in a second phase. Michigan was chosen over competing sites in Georgia, Nebraska and Ohio. In addition, the Detroit Brownfield Redevelopment Authority received MSF approval of a brownfield work plan including $3,276,724 for the reimbursement of brownfield remediation activities at the site. Local support includes approval of the local tax capture portion of the work plan and a 12-year Industrial Facilities Exemption Tax Abatement valued at $5.6 million.

The MSF also approved a $4.85 million Michigan Community Revitalization Program performance-based loan participation to support the 400 Rose Phase 2 project, which will see construction of a new four-story mixed-use building near downtown Kalamazoo, to include 101 apartments, a small commercial space, and underground parking. Approximately 10 percent of the apartments will be designated as workforce housing for households making 80 to 120 percent of area median income. The project is expected to generate a total capital investment of $26.2 million. The Kalamazoo Brownfield Redevelopment Authority also received MSF approval of a brownfield work plan including state tax capture of $1,821,217 to reimburse for brownfield remediation activities at the site. The city of Kalamazoo is supporting the project with approval of the local portion of the brownfield plan as well a 12-year Neighborhood Enterprise Zone tax abatement valued at $1.5 million. The project is adjacent to 400 Rose Phase I, which was completed in February 2020 and is currently 97 percent occupied. The development team will seek Leadership in Energy and Environmental Design (LEED) certification for the project, and the construction team will adopt LEED processes for recycling and indoor air quality. The project will include green roofs and stormwater storage will be added under the at-grade parking area. The development has access to public transportation and will also include accommodations for bicycle storage to encourage alternate modes of transportation. 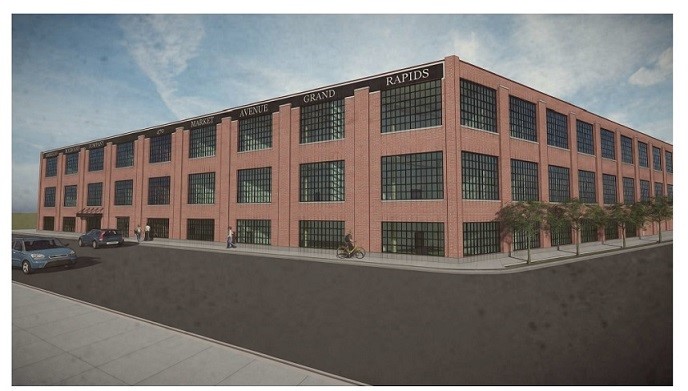 Also, the MSF gave the Grand Rapids Brownfield Redevelopment Authority approval of a brownfield work plan that includes $2,674,141 in state tax capture to reimburse for brownfield remediation activities for the 470 Market Redevelopment, which will redevelop a vacant three-story former industrial building near downtown Grand Rapids. When completed, the development will include 173 market-rate apartments, office space, a fitness center, clubroom and parking area. The project is expected to generate a total capital investment of $31.2 million. The city of Grand Rapids is supporting the project with the approval of the local portion of the brownfield work plan and a 10-year Obsolete Property Rehabilitation Act tax abatement valued at $2.88 million.

The MSF also approved a $990,000 MCRP performance-based loan in support of the Middleville Main project to build a new, three-story, mixed-use building on vacant village-owned property in downtown Middleville. The land has remained vacant since 1981, when the hotel that occupied the property burned down. When completed, the development will include commercial space on the first floor and 11 residential apartments on the second and third floors. The project is expected to generate a total capital investment of $2.8 million and create 10 full-time equivalent jobs. The village is contributing $20,000 from the Middleville Downtown Development Authority Façade Program and a $29,205 Commercial Redevelopment tax abatement.

Additional details about the RFPs will be announced in the next day, and the full RFPs will be available here: https://www.michiganbusiness.org/public-notices-rfps/.