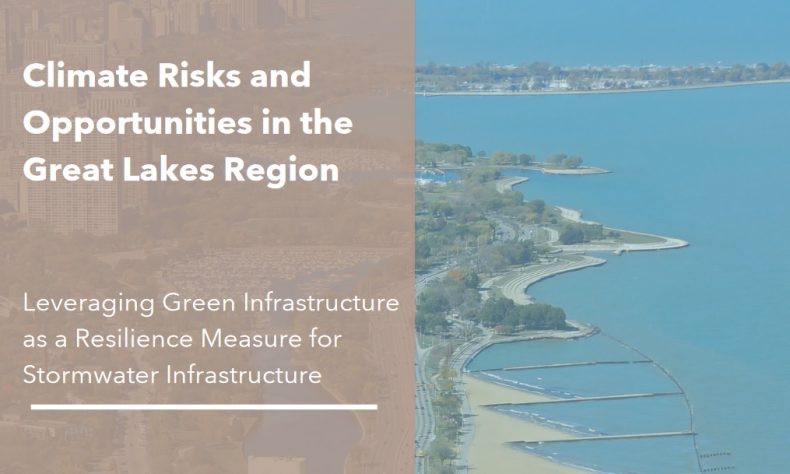 ANN ARBOR—Three counties in Michigan were identified among those most in need of new investment in green infrastructure, according to a new report from a coalition of environmental groups and consulting firms.

The report, “Climate Risks and Opportunities in the Great Lakes Region,” identified Wayne, Ingham, and Isabella counties as places where green infrastructure investment could both mitigate the effects of climate change and close gaps in wealth and health.

The report focuses on the importance of intervention opportunities. These include the risk of flooding and other climate risks; workforce development opportunities such as the re-hiring of existing and skilled workers; closing the gaps in health and wealth, especially in communities of color; and innovative funding sources to pay for these improvements and projects.

The research was focused on the eight U.S. Great Lakes states, comprising 653 counties, and in particular the 216 counties within the Great Lakes Basin. The analyses integrated over 100,000 data points of 15 factors to create an innovative composite scoring system. This study evaluated items such as flood risk, impervious surfaces, unemployment rates, skilled worker density, health and well-being, vulnerability index, and financing capacity, and produced an overall score of readiness for implementing green stormwater infrastructure. The final readiness score was found to have a strong correlation with diversity of the population.

“Communities across the Great Lakes basin are threatened by the changing climate, and threats are not affecting communities equally,” said Steve Cole, vice president of programs at the Great Lakes Protection Fund, an Evanston, Ill.-based nonprofit that has awarded more than $90 million in grants to improve the health of the Great Lakes since its founding in 1989. “This report illustrates where vulnerable populations are, and where conditions are favorable to increase community resilience by investing in green stormwater infrastructure. These investments could bring much-needed attention and new jobs to underserved communities while mitigating the environmental risks they face.”

RISC is led by ECT, and includes collaborators from across the country, including HIP, New York based climate-action nonprofit CDP, Chicago-based community-expert Center for Neighborhood Technology (CNT) and think tank The Delta Institute, and Ann Arbor area based American Society of Adaptation Professionals.

“Funding and financing climate action, especially in the Great Lakes, is lagging the visionary goals that many cities, counties, and states have set, such as 100 percent greenhouse gas reductions by 2030,” says R. Paul Herman, CEO of HIP Investor Inc. and a coauthor of the report. “Investing in green infrastructure today can create green jobs, stronger communities, and more resilience, which also fulfill the U.N. Sustainable Development Goals.”

The full report provides lists, maps and graphics to tell the story of the communities most in need of action to survive the climate and engage their workforces.

Further details on RISC’s work can be accessed at www.risc.solutions.