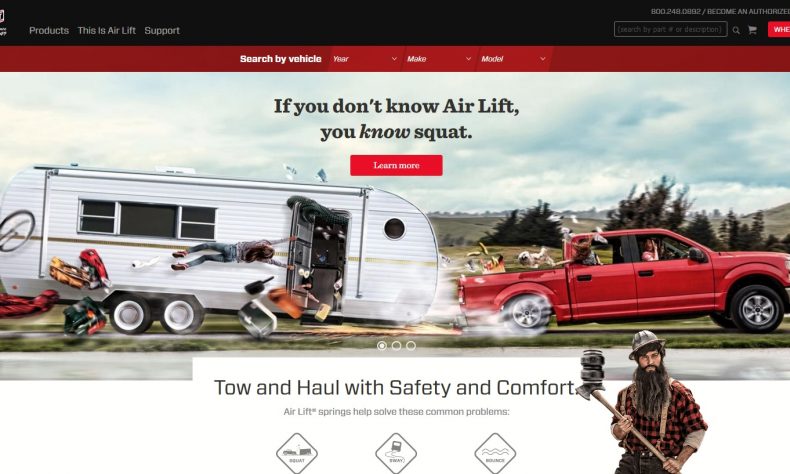 Flo Airride, founded in 2016 by Mike Alexander and Tim Dunaway, has a reputation for excellence within the lowered truck market, specializing in quality air tanks specifically for users of air suspension products to lower their vehicles.

Under the terms of the acquisition, all business operations will move from Flo Airride’s Oklahoma facility to Air Lift’s Lansing headquarters. In addition to acquiring Flo Airride, Air Lift will gain the rights to Slam’d Magazine, a publication created to build a community of engaged automotive enthusiasts around the world. Other terms of the deal weren’t disclosed.

Air Lift will also welcome former Flo Airride owner Alexander to the Air Lift Performance team as the Air Lift Performance Brand Manager. Alexander has worked for almost two decades within the automotive aftermarket, beginning his custom automotive career in the print publishing world and later as the Director of Marketing at AccuAir, before founding Slam’d Magazine in 2014 and Flo Airride in 2016.

Said Alexander: “It was important for us to partner with a company that we know, trust, and believe in, and Air Lift Performance fits that profile perfectly. With this partnership, our customers can look forward to their orders being processed quickly, to a full team of engineers that will bring exciting products to the brand and best of all we will be backed by the best customer service team in the air suspension industry.”

Air Lift Performance is currently transitioning the production of Flo Airride tanks to its Lansing plant, with sales of Flo product anticipated in February. To stay up to date on sales and shipping announcements, visit the Air Lift Performance website.