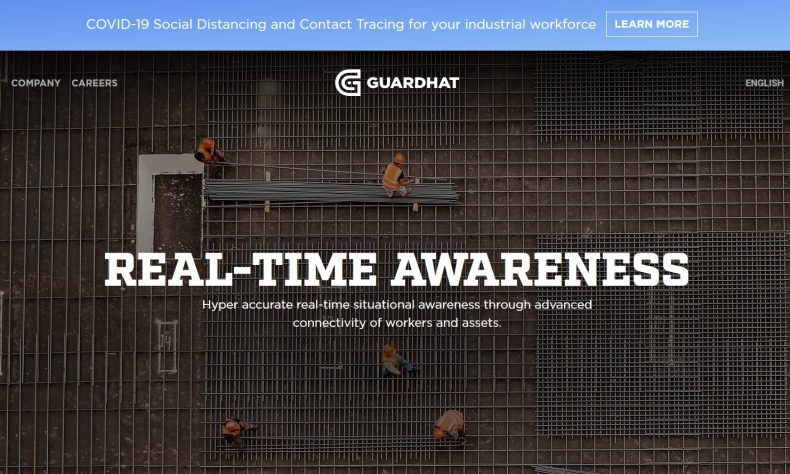 DETROIT—Guardhat, the developers of protective industrial headwear with health monitoring equipment built in, announced that it had raised a Series B venture capital round. The amount of the funding was not disclosed, although company officials say the round brought Guardhat’s funding total to more than $40 million.

“Workplace safety is a global challenge with millions of people injured on the job every year,” said Brian Ru, investor at General Catalyst. “It’s an economic issue but more importantly, it’s a human and quality of life issue. The team at Guardhat is developing technology-based solutions that draw on their deep industrial experience to improve outcomes for just about any workplace in which safety and productivity intersect. It’s an important mission and we’re honored to be working with them.”

Company officials said they would use the funding to support continued growth with hires in sales, product management, marketing, human resources, deployment, and engineering.

“This past year was a testament from both the customer side and investor side that making frontline workers safer and more productive is foundational,” said Saikat Dey, CEO of Guardhat. “We are humbled by the caliber of partnerships we’ve forged and hope more will join us on this journey of defining what a connected worker solution should be.”

Guardhat also announced that Bob Mylod, managing partner at Annox Capital, had joined its board of directors. Mylod also serves on the board of Norwalk, Conn.-based travel startup Booking Holdings Inc., and the online used car seller Vroom Inc., which conducted its initial public offering of stock in June 2020. He also sits on the boards of several companies including Dropbox, Redfin and Bloomscape.

“Guardhat is truly a special investment for me and my firm,” Mylod said. “First, it is an opportunity to invest in one of the great mega-trends that I see unfolding: the founding and scaling of technology companies outside of Silicon Valley, most notably in the Midwest in general and Detroit in particular. More importantly, evaluating Guardhat during the peak of the pandemic exposed the grave health risks that factory workers endure on a daily basis. The majority of adults do not have the luxury of sheltering at home in front of a computer while still working. Guardhat’s technology and product offerings make every manufacturing work environment safer. It is rare that I get to back a company that literally saves lives. I look forward to helping establish Guardhat as the indispensable safety and protection standard for every factory.”

Guardhat’s hard hat, the HC1 Communicator, was honored as part of the TIME 100 Greatest Inventions 2020. The company also debuted the HG1 and HG2 Smart Glasses in partnership with Vuzix and formed collaborative partnerships with Caterpillar and Westinghouse Electric Company. Guardhat also received Frost & Sullivan’s 2020 Global Company of the Year Award based on their excellence in growth, innovation and field implementation.