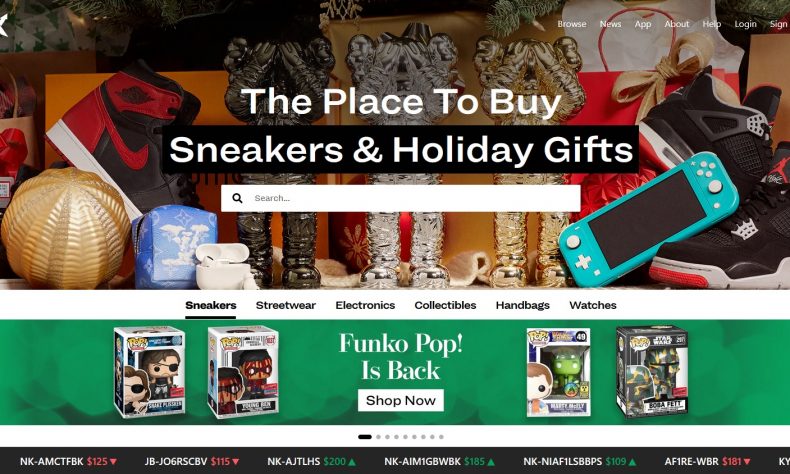 DETROIT—Officials at StockX, the online market for a wide variety of goods, announced that the company has raised $275 million in a Series E funding round, the largest venture capital raise in Michigan history, that values the fast-growing platform at $2.8 billion post-money.

The new investment will be used to accelerate global expansion, product innovation and category diversification for the e-commerce marketplace.

In the third quarter, StockX not only achieved break-even, but also surpassed $3 billion in lifetime gross merchandise value. During 2020, StockX’s year-over-year revenue growth has accelerated, reaching more than 75 percent in the third quarter on more than $100 million in quarterly revenue.

“The quality of investors joining us is a clear signal that the market recognizes that there is incredible opportunity in e-commerce for current culture products and StockX is best positioned to meet consumer demand for those products,” said StockX CEO Scott Cutler. “I’m thrilled to welcome our new partners to the team—their collective expertise will be invaluable as we continue to build on the momentum from the last year, and drive the growth to cement StockX’s position as the global marketplace leader.”

As of Sept. 30, StockX has surpassed 13 million lifetime trades (StockX’s metric of transactions between buyers and sellers), 50 percent of which were in the prior 12 months, and saw an average of 25 million site visitors per month during the quarter. StockX also saw sell-side trades outside the United States rise 260 percent in the quarter. In November, the company opened authentication centers—operations hubs at which all products bought and sold on StockX are verified using a proprietary process—in Hong Kong and Toronto. The two international sites along with the recent addition of an authentication center in Portland, Ore., grew the company’s global network by 50 percent.

StockX features sneakers, apparel, accessories, collectibles, and recently added electronics, a category that has quickly become the second largest on the platform. Throughout Cyber Weekend, more than one gaming console was traded every minute on StockX, with both the Xbox Series X and the PlayStation 5 ranking on its list of top 10 best-selling products. The company’s recent category expansion efforts have made for a wide-ranging catalog—which includes more than 115,000 different products—and helped the platform attract a record number of first-time customers in 2020.

The StockX platform features hundreds of brands across verticals including Jordan Brand, adidas, Nike, Supreme, BAPE, Off-White, Louis Vuitton, Gucci; collectibles from artists including KAWS and Takashi Murakami; and electronics from industry-leading manufacturers Sony, Microsoft, Nvidia, and Apple. Founded in 2016, the company employs more than 1,000 people in 13 offices and authentication centers around the world, and facilitates sales in more than 200 countries and territories. More at www.stockx.com.