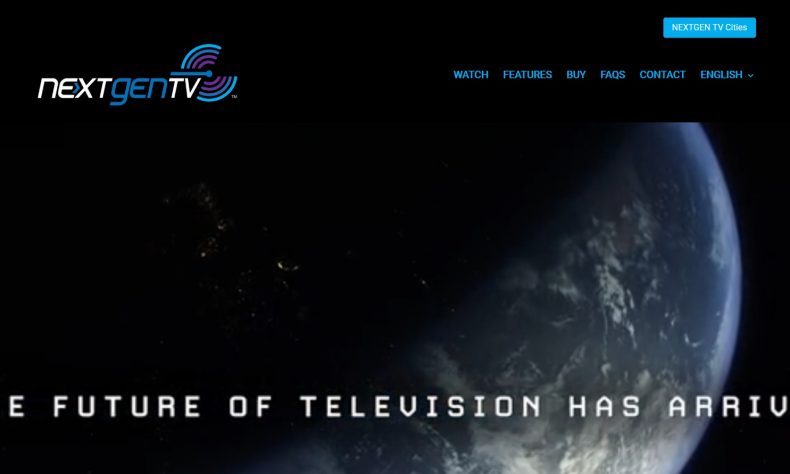 Nextgen TV is a new version of the current over-the-air broadcast standard, called ATSC 3.0. It’s based on an internet protocol backbone that intends to merge broadcast TV with content from the internet. According to industry media, it uses more modern compression systems to support high-bandwith streams and 4K TV picture standards. It also promises better indoor signal reception, and emergency alerts and advertising that can be tailored to individual cities or neighborhoods—and even individual viewers.

A new set-top box or converter is required to access NextGen TV signals. NextGen TV models are now available from LG, Samsing, and Sony, Standards for set-top boxes, including those from cable TV providers, are still under development.

The broadcast advance also signals the beginning of another project: the launch of the “Motown 3.0 Open Test Track” for merging automotive applications with Nextgen TV powered by the ATSC 3.0 standard. In addition to a better viewing and listening experience for consumers, Nextgen TV will also provide an avenue for advanced emergency alerting information for mobile viewers in future vehicles equipped with Nextgen TV receivers.

“The goal of the Motown 3.0 Test Track is to provide another research and development environment for the automotive industry to road test proof-of-concepts and connected car solutions using the Internet Protocol (IP) capabilities of the new broadcast TV standard,” said Brian Lawlor, president of local media for E.W. Scripps Co., which owns WXYZ and WMYD in the Detroit market. “Transformative advances in core TV broadcast technologies made possible by ATSC 3.0 give terrestrial broadcasters new abilities to deliver infotainment and IP data services to an infinite number of vehicles simultaneously, as well as to the displays and devices in them—whether on the go or in the garage. In the future, automobile makers will be able to, for example, update millions of in-car systems simultaneously at a comparatively low cost to today’s manual systems. This is just one of the exciting innovations we see available through this IP capability.”

The technology could allow broadcast-to-vehicle transmission of live local news, weather, advanced emergency alerting, navigation maps, coupons, and non-real-time audio and video segments, all of which future drivers and passengers might want in a future vehicle.

More about Nextgen TV at www.WatchNextGenTV.com, which offers a guide to cities carrying the service as well as links to available Nextgen TV models. Features on Nextgen TV will vary by device and by broadcaster as commercial service becomes available in local markets.