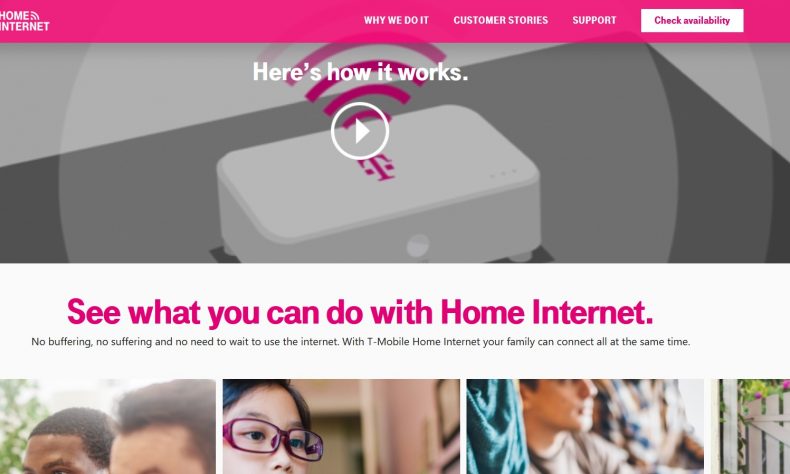 BELLEVUE, Wash.—T-Mobile, the mobile subsidiary of the German telecom company Deutsche Telekom that now includes Sprint, is expanding its $50-a-month home internet pilot service to more than 130 cities and towns across nine states, including nearly 30 in Michigan.

The company is particularly targeting rural areas, where officials said surveys show only 63 percent of households have access to high-speed internet.

The service will be offered initially using 4G LTE technologies, which offers download speeds of 20-30 megabits per second. Company officials say they are preparing to launch home internet service with 5G technology next year, which will boost speeds upwards of 100 megabits per second or more, according to industry figures.

“Home broadband has been broken for far too long, especially for those in rural areas, and it’s time that cable and telco ISPs have some competition,” said Dow Draper, T-Mobile executive vice president of emerging products. “We’ve already brought T-Mobile Home Internet access to millions of customers who have been underserved by the competition. But we’re just getting started. As we’ve seen in our first few months together with Sprint, our combined network will continue to unlock benefits for our customers, laying the groundwork to bring 5G to Home Internet soon.”

Company officials say the product is so simple that customers can install it themselves. The $50 a month price includes taxes and fees, and there are no “introductory” prices—what customers pay at sign-up is what they’ll pay for as long as they have the service. There are also no hardware rental fees, no data caps, and no annual service contracts.

T-Mobile Home Internet service is available on a first-come, first-served basis, where coverage is eligible, based on equipment inventory and local network capacity. For more information on T-Mobile Home Internet or to check availability for your home in these areas, visit t-mobile.com/isp.