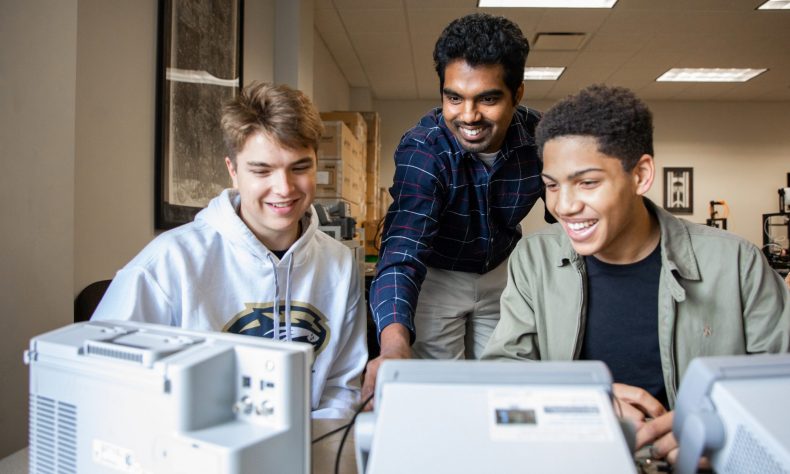 SPRING ARBOR—Officials at Spring Arbor University announced the launch of a new Bachelor of Science in Mechanical Engineering program, set to begin in the Fall 2021 semester.

The program will join SAU’s Bachelor of Science in Electrical Engineering program within the university’s new School of Engineering, which welcomed its first class of students last fall. Both programs are under the direction of Dr. Ronald DeLap, chair of the engineering department at SAU.

The mechanical engineering program, offered to traditional undergraduate students on SAU’s Spring Arbor campus, will help fill a growing need for engineers in the U.S. economy. In addition to high current demand, the U.S. Bureau of Labor Statistics predicts a 4 percent increase in employment in the next decade as well as a strong starting salary of more than $88,000 per year.

Built around NASA’s Engineering Design Process, the program will prepare students for their future careers by emphasizing teamwork, theory, design and project building. The program will include flexibility for students to target specific areas of interest such as automotive and medical applications allowing students to tailor their education to their specific interests.

“Mechanical engineering continues to be one of the areas of study with the largest interest from prospective students,” said Jon Bahr, the university’s vice president of enrollment and marketing.  “Adding this program to our diverse list of degree offerings is crucial in preparing students to be ‘critical participants in the contemporary world.'”