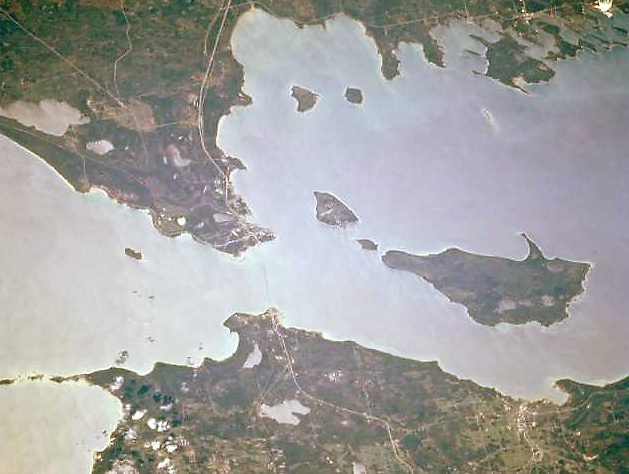 JACKSON—Consumers Energy, the electric utility subsidiary of Jackson-based CMS Energy, announced that it had removed long-retired energy infrastructure from the Straits of Mackinac as part of its commitment to protecting Michigan’s environment.

The company pulled up electric cables which were 46-kilovolt lines that had been de-energized since their retirement in 1990, along with concrete mats and grounding cables associated with the lines. Removing the cables improves safety in the Straits and enhances the state’s waterways by reducing the odds of incidents such as a tugboat anchor strike. Materials from the removed cables were salvaged and recycled to help offset the project costs and promote sustainable practices.

In 2018, a tugboat and barge allegedly dragged an anchor through the Mackinac Straits, striking some of Consumers Energy’s retired cables, as well as active electric transmission cables owned by American Transmission Co. and Enbridge Energy’s Line 5 pipeline. No environmental damage occurred related to the Consumers Energy cables because they did not contain materials or fluids such as mineral oil that could have leaked.

The cables, installed in 1956, once supplied electricity to the Upper Peninsula.

Consumers Energy worked with the Michigan Department of Environment, Great Lakes, and Energy (EGLE) and the United States Army Corps of Engineers for permitting to remove the cables from the bottomlands in the Straits of Mackinac. The removal project took roughly five months and was completed with zero safety incidents.

Consumers Energy provides natural gas and electricity to 6.7 million of the state’s 10 million residents in all 68 Lower Peninsula counties.