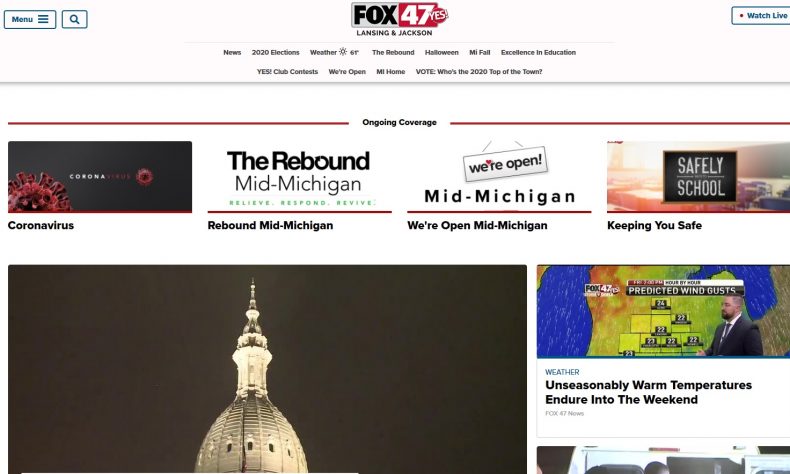 CINCINNATI—Officials at the E.W. Scripps Co. (NASDAQ: SSP) announced that it will begin producing its own local newscasts by early next year at WSYM, its Fox affiliate in Lansing. Previously, WSYM had aired local news from WILX, the NBC affiliate in the Lansing-Jackson market, owned by Gray Television.

The introduction of local news operations at WSYM builds on Scripps’ footprint across Michigan. Scripps owns WXYZ, the ABC affiliate, and WMYD, the My Network affiliate, in Detroit, and WXMI, the Fox affiliate in Grand Rapids. Its four stations reach 81 percent of the state’s households.

In addition to building a local newsgathering team in Lansing, the new WSYM newsroom will use content from Scripps’ Michigan stations and Scripps’ national content system.

“The introduction of a local news operation in Michigan’s state capital builds on Scripps’ already strong presence across the state and will strengthen our ability to provide the news and information most important to the people of Lansing,” said Brian Lawlor, Scripps’ president of local media. “As one of the largest independent owners of TV stations in the country, our original news production is an important part of Scripps’ unwavering commitment to impartial and impactful journalism.”

Gary Baxter will continue to serve as WSYM’s vice president and general manager.