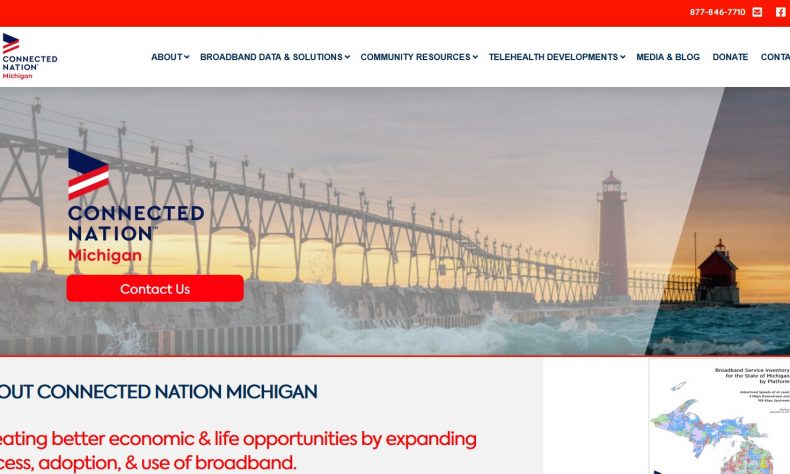 The maps can be found at this link. There’s also a map of Michigan’s public Wi-Fi hotspots at this link. The maps now include additional community feedback and internet service provider input as well as on-the-ground field validation data.

“Getting a better picture of who has coverage and who doesn’t is a critical first step to closing the digital divide in Michigan,” said Tremaine Phillips, a commissioner at the Michigan Public Service Commission. “It is important to identify where there are unserved or underserved households, businesses, and communities in our state so that internet providers in partnership with community leaders are empowered to commit resources and make investments where additional broadband access is needed most. Having complete and reliable data is key to making that possible.”

The Michigan Broadband Roadmap, published in August 2018, recommended the development of more accurate broadband coverage maps. The project was funded through the Michigan Public Service Commission.

An interactive version of these updated broadband coverage maps, which include new details on available internet speeds, can now be found at: https://connectednation.org/michigan/mapping-analysis/. To provide feedback, contact Connected Nation at info@connectednation.org.

“These maps should continue to evolve and be improved upon. We recognize that as people and communities review these maps, there may be some data that needs further improvement,” said Eric Frederick, executive director of Connected Nation Michigan. “For that reason, we’re asking for additional input on this latest version of the broadband coverage maps. We have worked with communities and states across the country and have learned from experience that the more input and feedback we receive the better overall data we will have to identify opportunities and challenges for expanding broadband access.”

“This pandemic has shown a real need to tackle the barriers of access, adoption, and affordability to fully enable the opportunities that the internet makes possible,” Lt. Governor Garlin Gilchrist said when the hotspot maps were released on June 9. “If we are going to close the internet gap, we need to make sure we’re doing everything we can in the interim to expand access to existing broadband options for communities where it’s not readily available or affordable.”