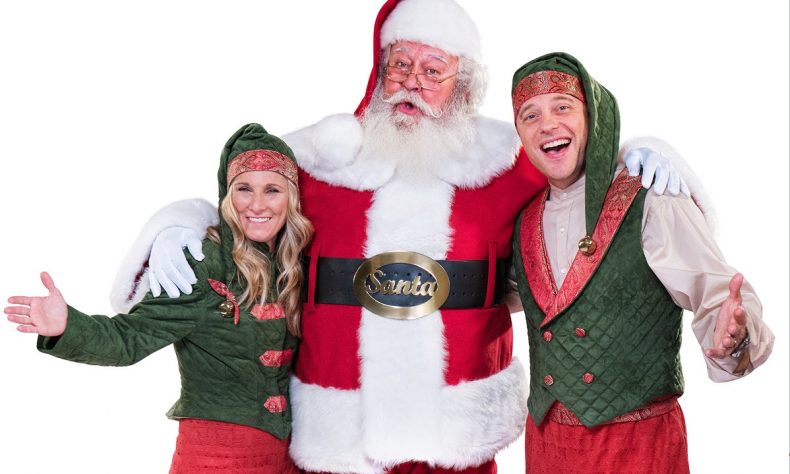 DETROIT—The defense agency NORAD began tracking Santa in 1955, after a young child accidentally dialed the unlisted phone number of the Continental Air Defense Command Operations Center in Colorado Springs, believing she was calling Santa Claus after seeing a wrong number in a promotion in the local newspaper.

The online Santa shop PackageFromSanta.com also found its start due to an untimely typo 15 years ago.

In the case of a Michigan couple, Dale and Carey Gruber’s young son Chase was crushed when his Letter from Santa arrived, addressed to the wrong child.

Since then, the dedicated husband and wife team, pictured above with Kris Kringle himself, have devoted their life’s work to preserving the wonder of childhood, while instilling authentic traditions and belief in the magic of Santa. Fourteen years later, PackageFromSanta.com has helped to keep Santa’s legend alive for over a million children in the Continental United States, Canada and Puerto Rico. Their ground-breaking technology allows parents to create personalized videos and phone calls from Santa for their child in the comfort of their home, paired with three Santa letter packages chock-full of North Pole goodies that arrive by mail.

“With COVID-19’s continued grip on the world and the uncertainty surrounding mall Santa photos and Christmas festivities, PackageFromSanta.com is poised to deliver a sleigh-full of magic that will light up faces and keep Santa alive in children’s hearts during Christmas 2020,” said CEO Dale Gruber.

Added co-founder Carey Gruber: “What better gift can families give their children than safe, shared, personalized experiences? We also know many families are facing financial hardships. We’ve loaded Santa’s bag with personalized calls, videos, Santa Letters, Nice List Guides and more, at no charge, as our business is inspired by love. It’s extremely rewarding for Dale and I to be able to give families in need lots of free ways to celebrate Christmas this season.”

Among new innovations are a high-resolution photo of Santa that magically includes their child’s photo and a special message, included with every Platinum package or added to other packages. Packages will be available starting in mid-October for $14.95 (Gold), $24.95 (Silver), and $74.95 (Platinum).