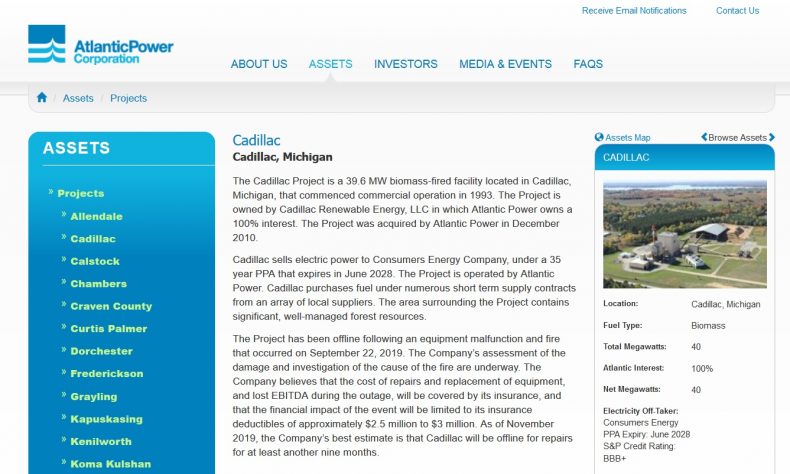 The plant was knocked out of service by a fire in September 2019. Reconstruction was completed in late July and the plant was re-commissioned, tested and returned to service on Aug. 20. Officials said the cost of new equipment and repairs to the plant was in line with the company’s estimate, and that the plant has been operating well since its return to service. They expect to settle the Cadillac insurance claim by the end of September, which would allow it to record business interruption insurance recoveries to income in the third quarter of 2020.

The plant provides power to the Jackson-based utility Consumers Energy.

Atlantic Power is an independent power producer that owns power generation assets in 11 states in the United States and two provinces in Canada. Its projects sell electricity and steam to utilities and other large customers predominantly under long–term agreements that have expiration dates ranging from 2020 to 2043.