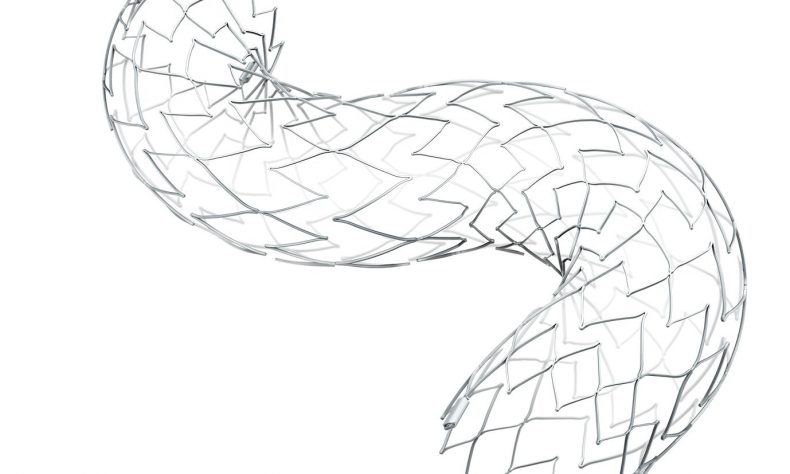 KALAMAZOO—Officials at Stryker Corp., the Kalamazoo medical device maker, announced the company has received U.S. Food and Drug Administration approval for an expanded indication of its Neuroform Atlas Stent System, becoming the first and only adjunctive stent approved for use in the posterior (back of the brain) circulation.

Already approved for use in the anterior circulation, the expanded indication was granted based on robust clinical trial evidence proving the safety and efficacy of the device. The combined patients from both the anterior and posterior cohorts totaled 298 patients, making it the largest study of its kind.

“The Atlas Posterior PMA trial data shows a compelling advancement in the treatment of wide-neck posterior aneurysms,” said Sam Zaidat, director of the Neuroscience and Stroke Center at Mercy Health System in Toledo, and co-principal investigator of the U.S. Neuroform Atlas investigational trial. ”

“Complete occlusion, or complete blocking of blood flow, is the gold standard in determining long term aneurysm healing,” said Brian Jankowitz, director of cerebrovascular surgery at the Cooper Neurological Institute in Camden, N.J. “With the additional challenges that come with treating posterior circulation aneurysms, we never would have anticipated reaching occlusion rates that rival those found in the anterior circulation. Now with Neuroform Atlas, those same high rates are achievable.”

Added Mark Paul, president of Stryker’s neurovascular division: “The results from the Atlas Posterior PMA trial demonstrate that physicians can now address the more difficult posterior circulation aneurysms, offering hope for better outcomes in that patient population. This expanded indication of Neuroform Atlas, as the first and only adjunctive stent for use in the posterior circulation, reflects our ongoing commitment to advancing stroke care for patients with cerebrovascular disease.”